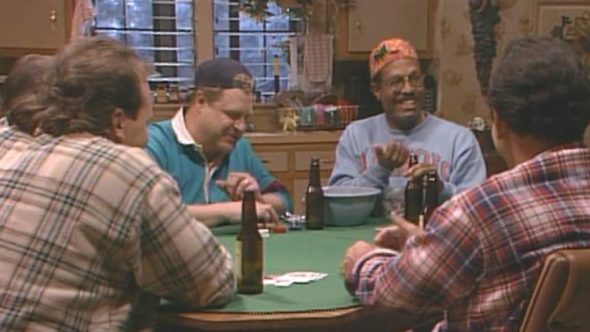 Roseanne is coming back early next year, and more people involved with the original airing of the series are returning for the revival.

TV Line revealed that one actor and a director will return for the ABC series. The news outlet revealed the following in their new spoiler report:

“Guess who’s returning? No, it’s not Johnny Galecki’s David. (Sigh… ) It’s Chuck! You know, Chuck — Dan’s poker buddy/BFF played by Grey’s Anatomy vet James Pickens Jr.  in a total of 19 episodes over the course of the classic comedy’s original nine-season run. Sources confirm that he will appear in two of the revival’s nine episodes. BONUS SCOOP: The series’ original go-to director, Emmy winner Gail Mancuso, will helm one of the new episodes, and that makes this Roseanne fanboy/nerd deliriously happy.”

Are you excited for the return of Roseanne? Tell us what you think.

Rosanna, apologized, wants to be better, and hold staff together – for the better of all- WHAT SHE DID, WAS – OFF WORK, and most her age/myself don’t use facebook, or twitter, not versed in using it right, or which way not to– EXCITEDLY TYPING, a friend, can’t sleep, and out of it, on sleeping pills – menopause, etc. YOU, have those on ABC, THIS NOAH person, and the VIEW, outright doing this, AT WORK, I know I DON’T make fun of the PRESIDENT, at work, or ROYALS, OR OTHERS – TO KNOCK DOWN– WHY CAN- DOUBLE STANDARD, they get… Read more »

I have no idea or feelings about watching that show, would rather watch Mike and Molly

I really hope the show doesn’t turn into a hate Trump fest. Can we just leave politics out of the shows period? That is what Fox or CNN is for.