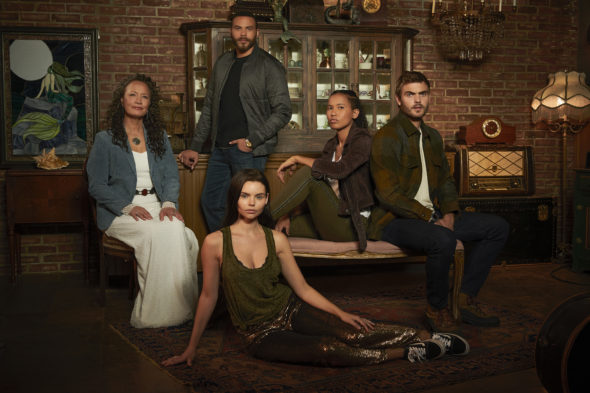 Is mankind holding its own against the mermaids, during the second season of the Siren TV show on Freeform? As we all know, the Nielsen ratings typically play a big role in determining whether a TV show like Siren is cancelled or renewed for season three. Unfortunately, most of us do not live in Nielsen households. Because many viewers feel frustration when their viewing habits and opinions aren’t considered, we’d like to offer you the chance to rate all of the Siren season two episodes here. **Status update below.

A Freeform mystery thriller, Siren stars Alex Roe, Eline Powell, Fola Evans-Akingbola, Ian Verdun, and Rena Owen. The drama is set in Bristol Cove, a small fishing village which, according to the lore, was once home to mermaids. When the legend proves to be true, the struggle between humans and these predatory creatures begins.

What do you think? Which season two episodes of the Siren TV series do you rate as wonderful, terrible, or somewhere between? Should Freeform cancel or renew Siren for a third season? Don’t forget to vote, and share your thoughts, below.

This is one of the best shows I have seen in years. It’s very indicative.I have all the episodes recorded. They are all gorgeous lady’s on it shine is the most beautiful

Please keep this show running. I just watched both seasons in like a week. I can’t get enough. Spreading the word so more watch and keep ratings up.

LOVE this show – I am committed to helping it grow. plan to spread the word daily… already have 50+ people doing 1st 2 seasons. I literally set it up 2 days ago for a friend on Hulu & she has already hooked 8 people… I am dedicated to steadily increase the numbers for the show, because I have to have it!
This is the most intriguing & fascinating show – beautifully produced, amazing casting EVERY character is amazing. Do not ever stop – PLEASE continue endlessly for this wonderfully written & produced – best show EVER.

I love the show please don’t cancel it.

I love siren Pleas give use season 3

Other shows have seen drops in viewers and are resurrected when die hard fans speak up. Enjoy this show and the twists the storyline has taken. Please….keep it ” above water”….at least till they stop the oil company!!!!! Then…on to living together. Renew…..renew…..renew!

OMG, what a cliffhanger. I can’t wait for its return

absolutely LOVE the show. I dont even watch TV on a regular basis. this is THE ONLY SHOW that I will go out of my way to watch