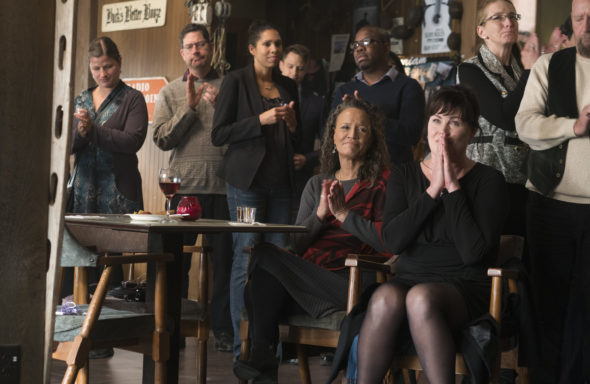 Siren is the best show ever It’s more interesting than other shows it involves mermaids and humans relationship. Siren as giving us nothing but ACTION, ROMANCE, DRAMA and THRILLER-SUSPENCE. The best show ever I agree that we all need Season 4.

I think freeform should most definitely renew and have way more seasons after! I think a lot of people didn’t really know about the show. When I would post about the show on social media I had a lot of people ask me “what show is that?” And I would tell them “Siren”. Since then there hooked. I acting in this show is incredible. Even my husband is hooked lol. Please have more seasons to come !

Siren is an amazing show. I hope the next season has a few bigger twists in it, but I honestly am soooo excited for season 2!

Love this show, blame it on Sirens singing to me perhaps… lol

I can’t wait till season 2 aires. I hope it continues after season 2 ends.

I’m with you love something different

Please release the season 2 earlier. I love watching it over and over again!

Please continue Siren with Season two. I love the series, it is enchanting. Love the actors and the Siren theme is fascinating. Lookin forward to season 2 and many more afterwards.
Don’t cancel the series. It is disappointing to enjoy a good series for it to be cancelled shortly after.

Can’t wait for Season 2 please release as soon as possible its a great series ilove ben which is Alex roe. I’m from phillipines but i get so addicted and overwhelmed when i watch siren. please do allow me to have a further info. Pleaseeeeee Ilove all the casts,but most especially is Ben and ryn also maddie

to be honest it started nice but it seems to be a common soap opera style very boring and neverending intrigue aka “young and restless” which can have 10 more series i can predict from now whats happening.better to focus on documentary! the subject its interesting but too poor soap opera style.nothing like series west world! cheers!