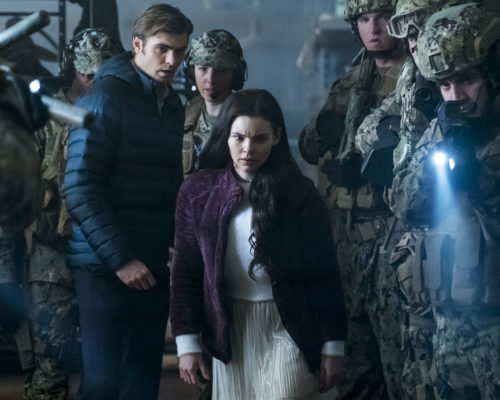 The Siren TV series has been sunk by Freeform. The cable channel has cancelled the mermaid drama series so, there won’t be a fourth season.

Siren stars Eline Powell, Alex Roe, Fola Evans-Akingbola, Ian Verdun and Rena Owen. The TV show is set in the small fishing village of Bristol Cove which is known for its legend of once being home to mermaids. When the legend proves to be true, the battle between man and sea takes a very vicious turn as these predatory beings return to reclaim their right to the ocean. In season three, Ben’s shocking decision to let the reporter die has ripple effects in his relationship with Maddie and Ryn. Meanwhile, a dangerous, sophisticated new mermaid arrives in Bristol Cove, challenging Ryn’s leadership and igniting an epic undersea battle between rival tribes. All of this is complicated by the fact that Ryn’s baby, now being carried by a surrogate, must be protected at all costs.

While the show’s ratings have dropped quite a bit since the first season, Siren has remained one of Freeform’s highest-rated series. The de facto series finale, titled “The Toll of the Sea”, aired May 28th.

What do you think? Did you like the Siren TV show? Are you sorry to hear that there won’t be a fourth season of this Freeform series?