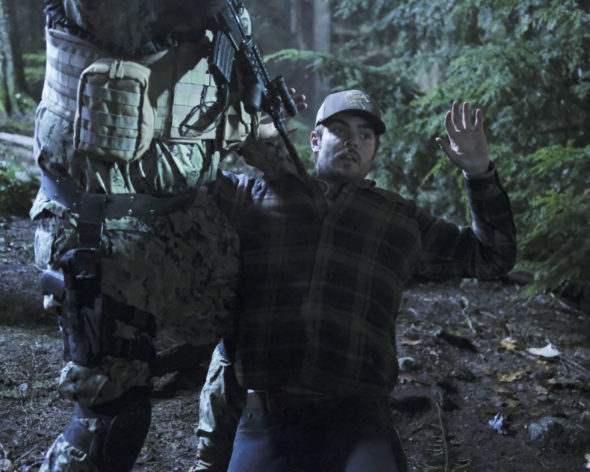 Siren is getting ready for its third season, and now fans know when the mermaid series will return. Freeform revealed that the series will return with brand new episodes in April. Siren stars Eline Powell, Alex Roe, Fola Evans-Akingbola, Ian Verdun and Rena Owen.

Freeform revealed some about the plot of season three in a press release. Check that out below.

“Freeform’s mermaid drama Siren returns for a third season with a two-episode premiere on THURSDAY, APRIL 2 (9:00-11:00 p.m. EDT). Ben’s shocking decision to let the reporter die at the end of season two has ripple effects in his relationship with Maddie and Ryn. Meanwhile, a dangerous, sophisticated new mermaid arrives in Bristol Cove, challenging Ryn’s leadership and igniting an epic undersea battle between rival tribes. All of this is complicated by the fact that Ryn’s baby, now being carried by a surrogate, must be protected at all costs.”

Check out a sneak photo for the new season below.

What do you think? Are you excited for the return of Siren? Will you watch season three? 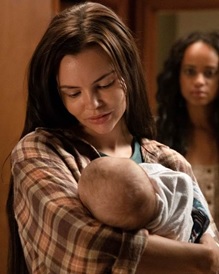 Please, Bring Siren back it’s the best show on of all TV shows. I Love it. and it has Great Actors and Special Effects.

I love this show and can’t wait for it to return after the summer! So many questions!!!

Yes i will watch it

Cannot wait for full season three of Siren. Binge watched the whole show in one weekend and am having withdrawals waiting for more episodes!! When will they start??

Already saw the fantastic premier of ‘Siren’ season 3 and was on the edge of my seat or standing for the entire 2 hours!!! Can’t hardly wait for next episode!!!

Can’t wait for the return love the show

My wife and I cant wait for season 3

Oh I’m drooling right now for season 3 hurry up April 2nd….just read the 1st episode of
season 3 and OMG!!! I need a bib..LL…