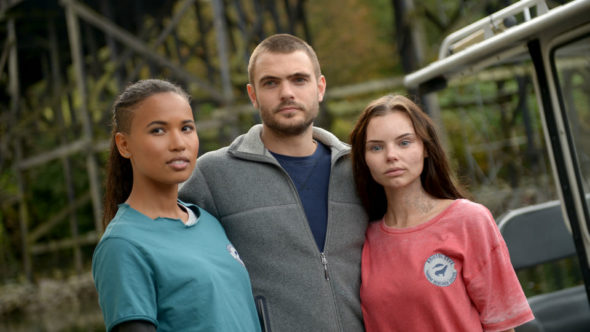 Freeform has renewed the Siren TV show for a third season. The mermaid series’ second season resumes on Thursday, June 13th at 8:00 PM. The first eight episodes of the season averaged a 0.17 rating in the 18-49 demographic with 505,000 viewers. Compared to the first season, that’s down by about 24% but the show is still one of Freeform’s highest-rated series.

A mystery thriller, Siren stars Alex Roe, Eline Powell, Fola Evans-Akingbola, Ian Verdun, and Rena Owen. The drama is set in Bristol Cove, a small fishing village which, according to the lore, was once home to mermaids. When the legend proves to be true, the struggle between humans and these predatory creatures begins.

“SIREN” DIVES INTO A THIRD SEASON

“Siren,” Freeform’s fan-favorite mermaid thriller, has been picked up for a third season. During the first half of its second season, “Siren” ranked as Freeform’s No. 1 show among Adults 18-49 and Women 18-49. The second half of Season 2 will premiere on THURSDAY, JUNE 13, at 8:00 p.m. EDT/PDT on Freeform. Ben and Maddie are uncertain about the mermaids’ future after the deadly consequences of the attack on the oil rig and, with the mermaids returning to sea, are left feeling lost without Ryn. Once Helen learns she’s not the only one of her kind, she discovers there is a dark side to her people’s past. The series stars Eline Powell, Alex Roe, Fola Evans-Akingbola, Ian Verdun and Rena Owen. “Siren” is executive produced by Eric Wald and Emily Whitesell, who serves as showrunner.

What do you think? Do you like the Siren TV show? Are you looking forward to the return of this Freeform TV series?

We love Siren. Can’t wait to watch season 3. When will it be shown in the Uk?

Siren is unique and refreshing story.I’d absolutely love a renewal of season 4.give it a chance and must include run,Maddie,Ben,xander pleeeease!

Siren is a great series. It’s a novel storyline, the characters are pretty well developed and I like the new twists in the story. Please, please, please bring it back for a 4th season. We have to find out what happened to Ben and to Ryan’s baby!!

Just wondering if this show is going to be back or did it get set adrift? It’s now June 16th 2020

When is Season 3 coming to the UK, we are wearing out the recordings from Sky TV, My Family Love this Series, it has to be the best program on TV for a Long Time, hi to the cast and crew – Great Work Guys