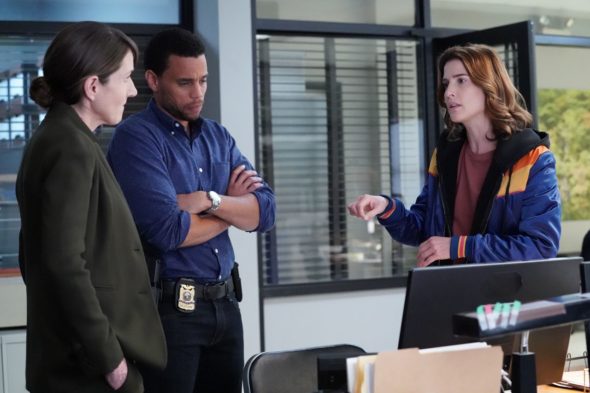 ABC is heading back to the City of Roses. The network just announced they’ve renewed Stumptown for the 2020-21 season.

The first season of Stumptown averaged a 0.49 rating in the 18-49 demographic and 2.84 million viewers. Stumptown was one of the lower-rated ABC TV shows in traditional ratings but it did well in delayed viewing.

What do you think? Did you watch the Stumptown TV series? Will you watch season two when it debuts on ABC?

Absolutely LOVE “Stumptown”. Refreshingly different kind of show. So glad it was renewed and will definitely watch Season 2. Dex is a wonderfully smart badass!!

Loved Stumptown, all the characters are strong. Really looking forward to the next season.

We loved Stumptown!! Couldn’t wait for it to come on every week, thank you!

Really enjoyed the show and it’s connection with military and Indigenous issues in this country. Great job.

Love this show. Edgy, funny and touching all at the same time. Thrilled it’s coming back.

I really liked it, I spend a lot of time avoiding people > . <!!! and changing appointments ^-^. I feel bad about it but its rare for me to find a good Show. This was an A+, I really hope they come thru.

Excellent. I was pleased to find something so engaging. Please do another series.

Love the show! All around GREAT cast. Colby Smothers and Jake Johnson….LOVE them! So looking forward to the new season.

Great series can’t wait for the next series, so many brilliant character’s down to earth script.

I watched Stumptown and will watch again. I enjoyed this show very much

Superb series. Realistic, earthy and not dressed up. Something to get your teeth into. Can’t wait for the next series.