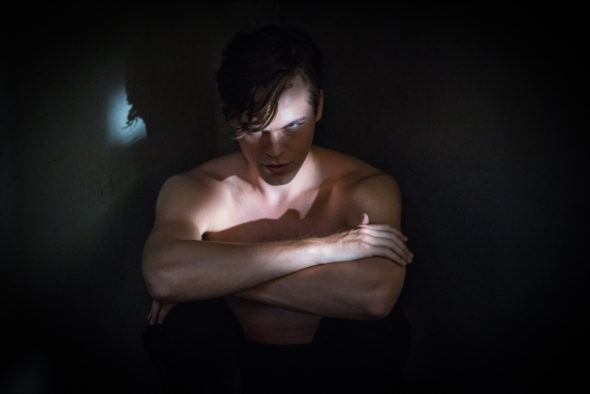 How much longer will wayward sons Sam and Dean Winchester carry on the family business of saving people and hunting things? Has the Supernatural TV show been cancelled or renewed for a 14th season on The CW? The television vulture is watching all the latest cancellation and renewal news, so this page is the place to track the status of Supernatural, season 14. Bookmark it, or subscribe for the latest updates. Remember, the television vulture is watching your shows. Are you?

The 13th season of Supernatural averaged a 0.55 rating in the 18-49 demographic and 1.69 million viewers. Compared to season 12, that’s down by 8% in the demo and up by 1% in viewership. Learn how Supernatural stacks up against the other CW TV shows.

Since CW President Mark Pedowitz holds the long-running series in high esteem, and because Padalecki, Ackles, and co-showrunner Robert Singer would (at least) like to hit the 300th episode milestone (which would in occur in season 14), I think a renewal is very likely, so I’m making other dinner plans. I’ll keep an eye on the Nielsens and update this page with breaking developments. Subscribe for free updates on any Supernatural cancellation or renewal news.
4/2/18 update: The CW has renewed Supernatural for season 14 for the 2018-19 season. Details here.


What do you think? Are you glad that the Supernatural TV show has been renewed for season 14? How would you feel if The CW had cancelled this TV series, instead? When do you think Supernatural should end?

I hate that it’s being cancelled!! What am I gonna do without the boys in my life?? There are shows that are still on that should have been cancelled long ago and yet they are still on.. Makes no sense to me..I am so sad

Keep an eye on the Nielsens? People still use that archaic method? I cut the cord a long time ago and binge via Roku.

I’m glad that supernatural is still on. I think it gets better and better with every season. Although I heard this was the last one I’m deaf about that I love this show!

I don’t want to think about not having Supernatural in my life. Ever. I not only watch the new seasons but all the re-runs that are on. Have loved this show since the start!

This is the best Supernatural show ever produced/directed! Very entertaining and love the story… My husband and my son who is 7 years old knows Sam, Dean and Castiel the angel. We will keep on watching till the end of time..

This show will not be canceled until Jensen and Jared throw in the towel.

Please never cancel this show!! I’ve been watching since season 1 and I love it! I would hate to see it be cancelled!! I want to keep the show running as long as possible 🙂

Not at all surprised the Winchester’s will be back for Season 14. My husband and I can not save these episodes and binge watch them as we normally do. Supernatural and a few other fun and always entertaining shows have that honor of being watched the next day! We want Dean, Sam and Castiel around as long as possible. It’s not always as brilliant as other shows, but it is ALWAYS entertaining and fun. We miss Rowena, so the one episode she was on this season was superb for us. We miss Crowley, too. Bring them back! Mark Peregrine as… Read more »

As a LONG TIME fan of the show, I’d be positively devastated to see it cancelled! I’m disabled, and unable to have much in the way of real-life adventures, so I get my thrills from watching the Winchester boys. This is one of my all-time favorite shows, and the humor and obvious real-life friendships of the actors are what make this show so special. Not to mention the quality of the acting. The characters that Ackles and Padelecki, in particular, play are so fully fleshed out and realistic, I have to keep reminding myself that they’re playing fictional characters. I… Read more »

Steph T. I’m a REALLY huge fan of Supernatural!! I’m from Germany. Since we unfortunately need too wait a bit longer too enjoy new episodes from the Winchesters – 2 days ago the season finale from season 11 was aired on German television – and the season twelve probably a few months away to be aired on free tv. I’m always and definitely for most only on the Internet for new news or episodes and updates that involves Supernatural and everything around Jensen and Jared. Watching Supernatural from the beginning and having all Seasons from 1-11 (had too buy them… Read more »