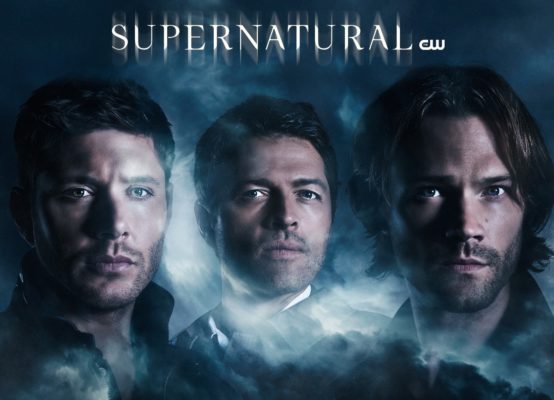 The CW cancelled its plans for Wayward Sisters, a potential spin-off to the Supernatural TV show that had a backdoor pilot last year and instead, opted to go with reboots of Charmed and Roswell. Still, the little show that could (and has since 2005) keeps ticking along, and finished season 13 as a top-three demo ratings earner for the network. Now that it’s back for a 14th season (albeit a shorter one), will the creative team’s thoughts turn to wrapping it up and working toward a conclusion, or will the Winchester brothers remain on the road, saving people and hunting things? Will Supernatural be cancelled or renewed for season 15? Stay tuned. **Status update below.

Supernatural season 14 kicks off with Sam recruiting everyone to help him track down Dean, and since he’s possessed by Michael, he could be anywhere. Meanwhile, Castiel meets with an unreliable source and finds himself in trouble, and Jack is trying to cope with being human, since his grace was drained last season.

4/26 update: You can see the latest night’s ratings in context.

For comparisons: The 13th season of Supernatural  averaged a 0.55 rating in the 18-49 demographic and 1.687 million total viewers (Live+SD).

What do you think? Do you still like the Supernatural TV series? Should this CW TV show be cancelled or renewed for a 15th season?

Supernatural is officially ending, but why? The CW announced that Supernatural had been canceled, with the upcoming season 15 being its last one.

This show SUPERNATURAL is the best show ever made in its field.THERE IS NO BETTER SHOW ABOUT GHOSTS VAMPS AND THONGS THAT GO BUMP INTHE NIGHT.with a great p.o.v of religious perspective and quality stories that will reach deep into ones feelings.This show brongs nack memories of my only brother whom i lost at only 16 that reminds me of Sam.no other shownjas the perfect sing choices From Bob Segar to lemmy from motorhead. I would love to play as an Archangel .Michael was the 1 in wouldve wanted to be.but a werewolf or vamp or fellow hintwr would be… Read more »

Supernatural should be renewed I dont miss it every Thursday I watch it’s one of the CW’s best shows . Keep it going it’s still well written and done theres got to be something else the network can get rid of if they feel they have to cancel a show that bad . Hopefully I be watching this show for many more years to come pay attention folks at cw

Still love the show but know it cant last forever. But I see a movie series big screen.

Keep Supernatural it still has a lot of viewers.

I suppose the boys r wanting to do other things,but c w and the show needs to remember how it got to where it is now and God knows they make enough money, so why can’t they think of that and think of the fans that made the show

This show is one of those extreme rarities where it STILL, after all these seasons, gets better and better! Incredible! I know that Jensen and Jared are good friends, and the entire crew enjoys working together. They should keep this going until everyone is old and grey!

SPN is getting better In the show still rocks!