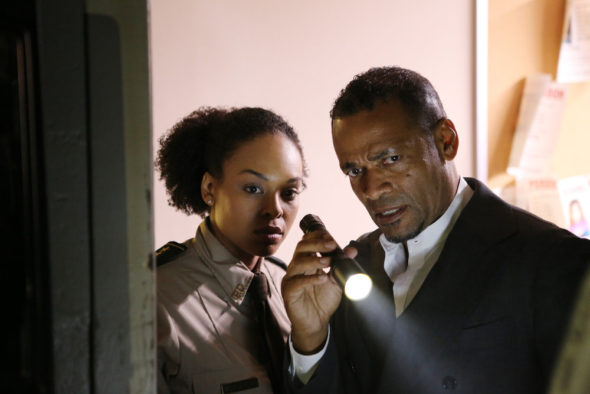 What’s going on with Superstition? Recently, Syfy shifted the TV series to a different day and time.

Instead of airing on Fridays at 10 p.m. ET/PT, Syfy has moved Superstition out of primetime and the series will now air on Thursdays at 11 p.m. ET/PT. It’s unclear why the network has moved the show midway through season one, but low ratings could be a reason.

So far, Superstition is averaging a very low .09 rating in the 18-49 demo and only 364,000 viewers. The low numbers plus the move out of primetime could mean the Syfy series is headed toward cancellation, but nothing’s been announced as of now.

What do you think? Do you watch Superstition? Would you watch a second season?

I was upset that the show was so bad. Just couldn’t get into the writer’s mind set. I liked everything else I have seen Mario Van P. Oh well

I loved superstitious but there was no advertising on it. I hope it comes back on..