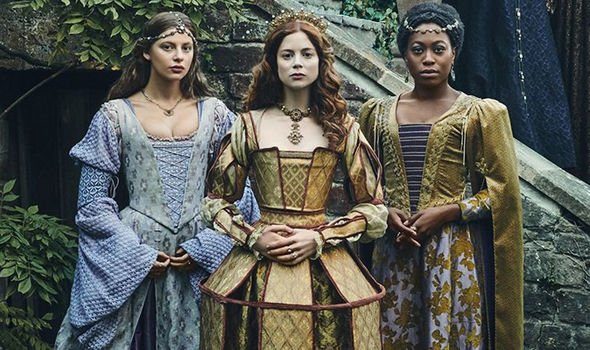 “What game does she play?” Starz has just released a new trailer for their upcoming TV show, The Spanish Princess.

A sequel to The White Princess, the historical drama tells the story of a young Catherine of Aragon, the first wife of King Henry VIII. The cast includes Charlotte Hope, Stephanie Levi-John, Nadia Parkes, Dame Harriet Walter, and Ruairi O’Connor.

The Spanish Princess premieres on Starz on May 5th at 8 p.m. ET/PT.

Santa Monica, Calif. – March 7, 2019 – Starz, a Lionsgate company (NYSE: LGF.A, LGF.B), today announced that the STARZ Original Limited Series “The Spanish Princess” will premiere Sunday, May 5th, 2019 at 8PM ET/ PT on STARZ in the U.S. and on the STARZPLAY platform in the U.K. and Germany. Additionally, STARZ today released the official trailer of “The Spanish Princess,” the third installment following the Golden Globe(R) and Emmy(R) award-nominated STARZ Original Miniseries “The White Queen” and the critically acclaimed STARZ Original Limited Series “The White Princess.” Produced by Playground and All3 Media’s New Pictures, the Limited Series is drawn from the global best-selling novels, The Constant Princess and The King’s Curse, written by Philippa Gregory.

“Catherine of Aragon has generally been depicted negatively, as an unwanted and burdensome wife, so this story of her early years as a strong, driven young woman and shrewd political player is a fresh and untold tale. We are also especially pleased to be able to bring into the light the inspiring story of people of color in early Tudor England,” said showrunners Emma Frost and Matthew Graham.”

What do you think? Have you seen The White Princess? Will you watch The Spanish Princess?