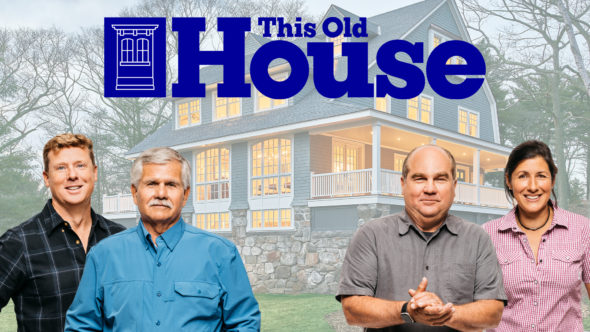 New seasons of This Old House and Ask This Old House have begun airing on Roku and PBS. The streaming service ordered 39 episode seasons for both shows which is 13 more episodes than their usual orders. Episodes will be made available on Thursdays via a premium subscription channel on Roku and on PBS. Viewers will be able to stream the new episodes for free and on-demand on The Roku Channel the following Mondays.

Roku revealed more about the return of both shows in a press release.

“Roku, Inc. (NASDAQ: Roku) today announced Emmy(R) Award-winning series This Old House and Ask This Old House will premiere new seasons of both top-rated shows starting Thursday, September 30th. For the first time in its 43-year history, the 2021-22 season will feature 39 episodes of each show – 13 more episodes than previous seasons. New episodes will premiere on PBS as well as an all-new dedicated This Old House premium subscription channel on The Roku Channel on Thursdays. Viewers will be able to stream new episodes for free on demand on The Roku Channel the following Mondays.

“This Old House continues to be a leader in the home improvement genre, and we’re thrilled to build upon our legacy with more episodes as well as all-new SVOD and linear channels,” said Dan Suratt, Vice President of This Old House, Roku. ”Joining Roku earlier this year enabled This Old House to invest more in our storied brand, which will benefit an all-new generation of home improvement enthusiasts this season and in many years to come.”

In July, This Old House won its 19th Emmy for “Outstanding Instructional and How-To Program” at the 48th Annual Daytime Emmy Awards.

Returning for its 43rd season, This Old House will kick off in historic Concord, Massachusetts with a young family who is moving from the city to a New England Cape built in 1880. The owners are hands-on renovators and want to improve upon the views of their 3-acre property and make better use of their space. The This Old House cast of experts team up with the Silva Brothers to reconfigure this Revolutionary New England Cape.

20 Years of Ask This Old House

Ask This Old House returns for its milestone 20th season with new episodes including general soldering techniques and how to connect water piping, how to build, install, and paint a railing for deck stairs to match the original railing, how to create a durable landscape that can withstand heavy pedestrian traffic and more. Additionally, Ask This Old House will feature a special 20th Anniversary episode in January 2022 recapping the legacy of the show in this momentous season.

Starting Tuesday, October 12th, a This Old House premium subscription channel will be available on The Roku Channel in the U.S., becoming the home to watch new and classic episodes of both This Old House and Ask This Old House. Commercial-free and the first place to catch the premiere of each week’s new episodes, the channel is $4.99 a month and will launch with a 14-day free trial.

I’m a red seal journeyman HVAC sheet metal worker with 33 years in the trade and 36 years in total in construction. One consistent thing I see is lack of safety on many off the show. Host not wearing ppe like boots , hard hat and so on. Also many workers without ppe, standing on second step down from top of step ladder , working at height without fall protection. These are seriously bad messages you are sending out to your watchers that saftey is not important

Been watching This Old House since the 80’s. So glad it’s back. Lean a lot from everyone.