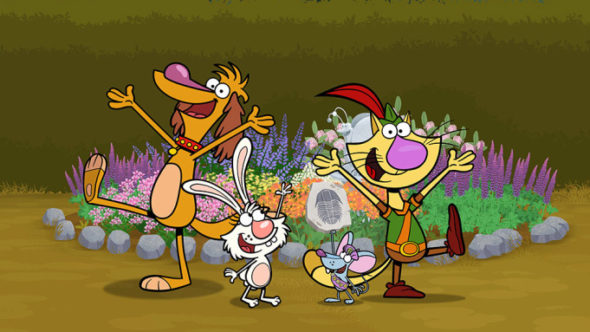 Nature Cat is not going anywhere anytime soon. PBS has renewed the animated series for two more seasons. Viewers will see seasons four and five air on the network in 2022. The seasons will consist of 20 half-hour episodes and two one-hour movie specials.

Taran Killam, Kate McKinnon, and Bobby Moynihan star in the children’s series which follows a house cat as he explores nature in his backyard, with some help from his friends.

Adam Rudman and David Rudman, the men behind the series, said the following about the renewal of the PBS series, per Deadline:

“The humor of Nature Cat along with the overarching theme of the importance of spending time in nature continues to resonate with kids and families, especially over the past year. The new seasons will bring bigger, bolder, and of course funny adventures while presenting relevant themes such as weather, recycling and civics in relatable stories for our young audience.”

What do you think? Are you happy that PBS has renewed Nature Cat for two more seasons? Does anyone in your home watch this show?