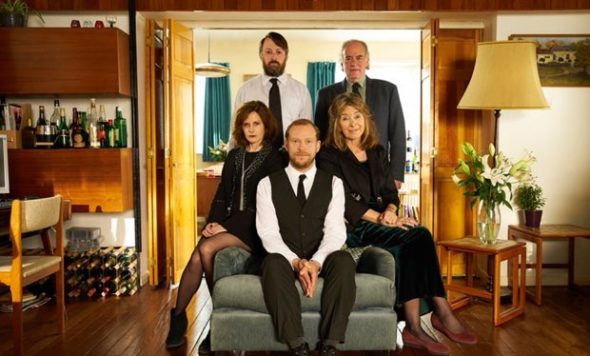 David Mitchell and Robert Webb at back together. Today, Sundance Now announced their new TV show Back will debut in November.

From Veep writer Simon Blackwell, the comedy “follows Stephen (Mitchell) as he tries to follow in his recently deceased father’s footsteps and take over the family business. But his plans are soon foiled by the unexpected return of his estranged foster brother, Andrew (Webb).”

Back premieres on Sundance Now on November 16th.

The scripted original follows Stephen (Mitchell) as he tries to follow in his recently deceased father’s footsteps and take over the family business. But his plans are soon foiled by the unexpected return of his estranged foster brother, Andrew (Webb).

Jan Diedrichsen, General Manager of SundanceTV and Sundance Now, commented, “Funny and clever with a strong emotional heart, Back is an auteur-driven series that brings together a unique pairing of some of today’s best comedic minds. It is the perfect entrée into comedy for Sundance Now, with its compelling yet relatable characters and hilarious storylines. We are sure that this laugh-out-loud, addictive comedy will have members binge-watching in one sitting.”

After the death of his father, a pub landlord and local legend, Stephen (Mitchell) – whose only achievements so far have been marriage, followed by divorce, and a slightly disappointing refurbish of a pub – finally has a chance to shine as he is set to take over the family business. But his plans are interrupted when the charming Andrew (Webb), a former foster child briefly raised by Stephen’s parents, turns up out of the blue at his father’s funeral and is eager to renew his relationship with the closest thing to a family he has ever known. While Andrew quickly charms the rest of Stephen’s dysfunctional family, including his mother Ellen, sister Cass and uncle Geoff, Stephen quickly begins to resent Andrew, who he sees as a glib, dangerous sociopath who’s about to steal his family, his business and his life.

“BACK” is produced by That Mitchell & Webb Company in association with Big Talk Productions for Channel 4 in the UK, commissioned by Fiona Dermott, and will premiere exclusively on Sundance Now in the US. Executive Producers are Kenton Allen, Simon Blackwell, Matthew Justice, David Mitchell, Robert Webb.”

What do you think? Are you a fan of Mitchell & Webb? Will you check out Back?