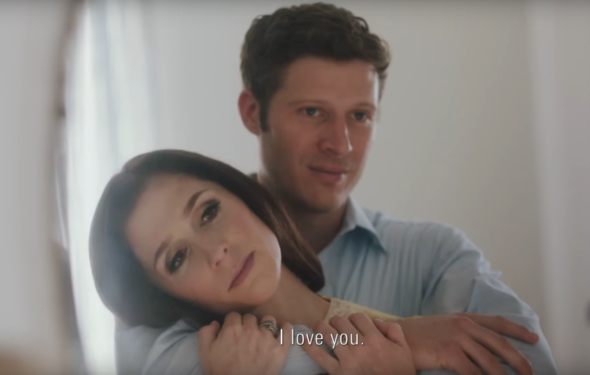 Sundance Now is a lot in store for the new year. Recently, the streaming service announced their line up for 2018.

New series include This Close (February 14th), a drama that “explores the relationship between best friends Kate (Shoshannah Stern), who is newly engaged, and Michael (Josh Feldman), who is attempting to move on from his ex-fiancé.” Other series include the comedy mini-series Kim Kong (March 8th) and Innocent, a drama about a man who returns home after spending seven years in a high security prison.

Following its successful run on SundanceTV, Sundance Now will premiere “Cold Blooded: The Clutter Family Murders” from Academy(R) Award-nominated filmmaker Joe Berlinger. The four-hour true crime docuseries re-examines the 1959 brutal murders of the Clutter family in a small Kansas town — a crime seemingly without motive – which was the inspiration for Truman Capote’s seminal book, In Cold Blood. Pulling back the curtain on the iconic crime and its aftermath, this firsthand examination includes revealing testimony from law enforcement, the community, and for the first time ever – surviving Clutter family members.

Fast-paced and irreverent, “Baroness Von Sketch Show” and its all-female cast draws upon 15 years of comedy experience and multiple collaborations to present an insightful, emotionally grounded series that captures the banalities and humor that comes from just trying to get along in the world. Offering a witty take on everyday concerns from the pretentiousness of ordering a fancy coffee to office and sexual politics, this satirical sketch comedy satirizes daily modern life. The IFC series is created and written by and starring Carolyn Taylor, Meredith MacNeill, Aurora Browne and Jennifer Whalen.

“The System with Joe Berlinger”

Academy(R) Award-nominated filmmaker Joe Berlinger shines a broad light on the American criminal justice system in this eight-part Sundance Now exclusive docuseries where he examines troubling cases that challenge the effectiveness of mandatory sentencing, explore the controversy surrounding the role of parole boards, and efforts of convicted people – claiming innocence – to vindicate themselves of their accused crimes. Raising riveting questions about innocence and guilt, these disputed cases often end in surprising outcomes. Has the vaunted system of US justice triumphed or failed for the incarcerated in question?

Premiering February 14, following its debut at the 2018 Sundance Film Festival

Created, written, and starring Shoshannah Stern and Josh Feldman, both of whom are deaf, “This Close” explores the relationship between best friends Kate (Stern), who is newly engaged, and Michael (Feldman), who is attempting to move on from his ex-fiancé. “This Close” marks Sundance Now’s first-ever original straight-to-series order, based on a web series featured at the 2017 Sundance Film Festival.

Inspired by a true story, this Sundance Now exclusive three-episode comedic mini-series follows bored French film director Mathieu Stannis, who while filming his latest mindless action movie, is abducted by an Asian dictatorship. The brief from the regime’s Great Leader is simple: shoot his movie – a unique reimagining of King Kong, written by the dictator himself – or they shoot him. Hampered by an inept crew, Cold War-era kit, and the erratic demands of the all-powerful tyrant, Mathieu’s very life now hinges on the success of the film. And what a film it is – a giant gorilla, awakened by the US Government, is turned to the People’s cause by a simple farm girl and the undying flame of socialism.

Facing extreme censorship, cultural differences and strict ideology under the loving yet firm guidance of an old fan turned director and cultural diplomat, the Slovenian cult band Laibach becomes the first rock group ever to perform in the state of North Korea. In this Sundance Now exclusive documentary, the band is unleashed on an audience never before exposed to alternative rock music in the midst of an incredibly tense, war-bound era between the two Koreas.

The six-part Sundance Now exclusive limited series sees David Collins (Lee Ingleby) return home after seven years in a high security prison for the murder of his wife. While the initial judgement is overturned due to a technicality, leaving him a free man, Collins finds himself facing a new investigation that soon unveils dark secrets of abuse, affairs and money troubles. From jealous sisters to disgruntled lovers, these secrets rip fragile relationships apart at the seams. But one question remains: is David Collins truly innocent?

To stream all Sundance Now content via web, iOS, Android, Roku, Apple TV, and Chromecast, visit SundanceNow.com and sign up for a free trial.”

What do you think? Have you watched any series on Sundance Now? Which new shows will you check out this year?