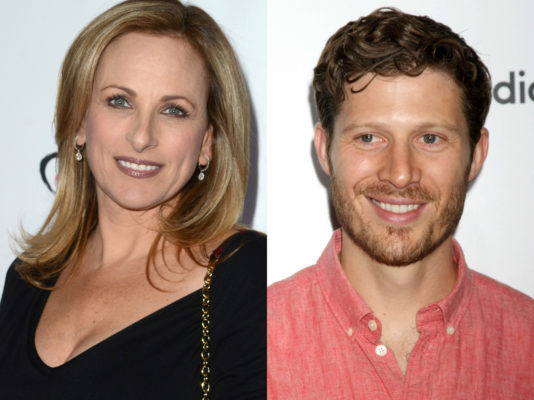 From Shoshannah Stern and Josh Feldman, the dramedy “explores the relationship between best friends Kate (Stern), who is newly engaged, and Michael (Feldman), who is attempting to move on from his ex-fiancé.”

SundanceTV has ordered six episodes of This Close, which are set to debut on the SVOD service in 2018.

“This Close,” a groundbreaking Sundance Now original dramedy created by, written by, and starring Shoshannah Stern and Josh Feldman, both of whom are deaf, is the streaming service’s first ever straight-to-series order. Based on a series of shorts featured at the 2017 Sundance Film Festival’s Short Form Episodic Showcase, this honest, funny and endearing show explores the relationship between best friends Kate (Stern), who is newly engaged, and Michael (Feldman), who is attempting to move on from his ex-fiancé.

Comprised of six, 30-minute episodes, “This Close” touches on universal and relatable themes and, in addition to Stern and Feldman, features a talented ensemble cast including Zach Gilford who plays Danny, Kate’s (Stern) fiancé; Cheryl Hines as Stella, a PR maven and Kate’s boss; Colt Prattes as Ryan, Michael’s (Feldman) ex; and Marlee Matlin as Michael’s mother, Annie, a recovering alcoholic trying to reconnect with her son.

Jan Diedrichsen, General Manager of SundanceTV and Sundance Now, said: “When Sundance Now made the decision this past spring to forge into originals, we had two goals in mind. The first was to extend the Sundance legacy by uncovering storytellers and auteurs who had a distinctive vision. The second was to find talent that would truly connect with our engaged audience on Sundance Now. With ‘This Close,’ we’ve completely hit the mark on both fronts. We knew we had something special when we discovered Shoshannah and Josh’s work at the Sundance Film Festival. They are masterful storytellers and terrific actors, and this narrative, both charming and relatable, is the perfect fit for our service.”

He added: “We are tremendously lucky to add so many talented actors to this ensemble: Marlee, whose work has inspired both deaf and hearing actors, and who, is to date, the only deaf actor to be honored with an Academy Award; Zach, whose nuanced Friday Night Lights performance warmed our hearts; Cheryl, whose comedic range is outstanding; and Colt who brings an honesty and authenticity to this role.”

“This Close” is Executive Produced by Christine Vachon and David Hinojosa for Killer Films, Mary Pat Bentel and Paul Young, along with Stern and Feldman. Super Deluxe serves as the studio for the Sundance Now Original production, with Winnie Kemp overseeing production.

What do you think? Do you enjoy relationship dramedies? Will you check out This Close?

I really enjoyed the season 2 of this close. Will there be a season 3?