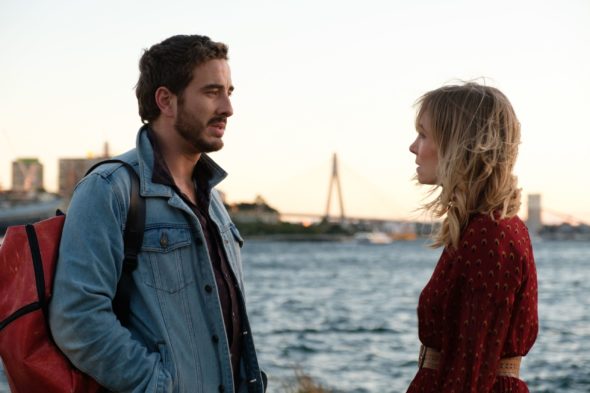 The Commons is coming from down under to the United States. Sundance Now will stream all eight episodes of the relationship drama starting in December. Joanne Froggatt and David Lyons star with Rupert Penry-Jones, Dominic Ona-Ariki, Ryan Corr, and Inez Currõ also appearing in the series.

Sundance Now revealed more about The Commons in a press release.

“Set in a gripping vision of a near future, the timely and gripping new drama THE COMMONS makes its U.S. and Canadian premiere on AMC Networks’ streaming service Sundance Now. Starring Joanne Froggatt (Downton Abbey, Liar), The Commons is an absorbing character-driven relationship drama and a story about motherhood as the ultimate act of faith in humanity. From the creator of The Code, this gripping eight-part drama will be available to stream exclusively on Sundance Now, including the Sundance Now offering within the AMC+ bundle, beginning Thursday, December 3, 2020 with a new episode available every following Thursday. Sundance Now is AMC Networks’ premiere streaming service for engrossing true crime, heart-stopping dramas and fiercely intelligent thrillers from around the world.

Eadie (Joanne Froggatt) just wants a normal life, but the world around her won’t let her have it. A brilliant, 38-year-old neuropsychologist, Eadie longs to have a child with her vector biologist husband, Lloyd (David Lyons, ER, Eat Pray Love, Revolution), but multiple unsuccessful IVF treatments have put her dreams of motherhood on hold. Meanwhile, the world around her is in chaos, as global warming and parasitic diseases have made the divide between rich and poor even greater. The Commons is a compelling drama about how interpersonal relationships, and the needs, hopes and desires that everyone has, still exist in a rapidly changing world.”

What do you think? Are you planning to check out The Commons on Sundance Now?