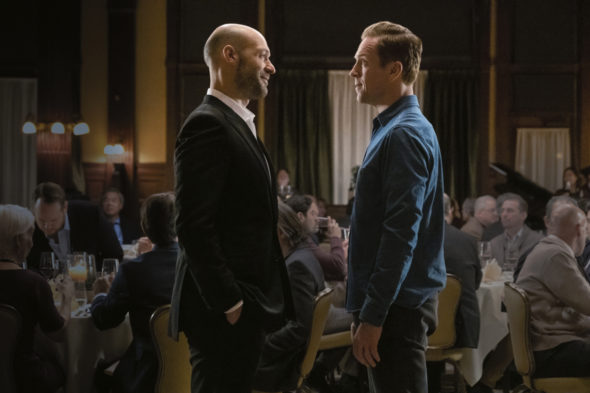 Who will come out on top in the fifth season of the Billions TV show on Showtime? As we all know, the Nielsen ratings typically play a big role in determining whether a TV show like Billions is cancelled or renewed for season six. Unfortunately, most of us do not live in Nielsen households. Because many viewers feel frustration when their viewing habits and opinions aren’t considered, we invite you to rate all of the fifth season episodes of Billions here.  *Status Update Below.

What do you think? Which season five episodes of the Billions TV series do you rate as wonderful, terrible, or somewhere between? Do you think that Billions should be cancelled or renewed for a sixth season on Showtime? Don’t forget to vote, and share your thoughts, below.

*10/2/20 Update: Billions has been renewed for a sixth season on Showtime.

Finally got renewed another season waited all summer heard from tv show now it fall season. 5 episodes left due coronavirus pandemic shut down some of part tv show. I am bummed out getting good. I heard wait until next year.

Billions HAS TO RETURN. First, they left us hanging in season 5 because of the coronavirus and would make absolutely no sense to turn it down now. I love this show. It speaks the truth of the world!

Watched first episode, horrible. Done with it. No worth watching

Episode 1 was awesome & exciting! Looking forward to more! This is the best series!!!