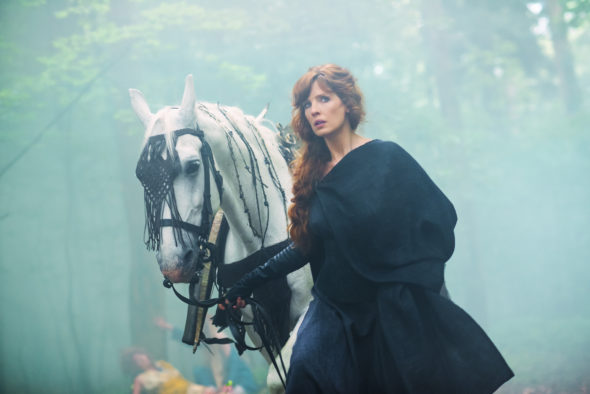 Unless they decide to publicize its viewership, it is hard to predict whether Amazon will cancel or renew Britannia for season two. Since it is a Sky Atlantic TV series, its success in UK is crucial to whether or not there will be a second season for Amazon to pick up. For now, I’ll keep an eye on the situation and update this page with breaking developments. Subscribe for free alerts on Britannia cancellation and renewal news.

3/16/2018 update: Sky Atlantic has renewed Britannia for a second season. Amazon hasn’t announced a cancellation or renewal, but this points to a second season in the US. I’ll update when we hear more from Amazon. Details here.

What do you think? Do you hope the Britannia TV show will be renewed for a second season? How would you feel if Amazon cancelled this TV series, instead?

I would be very upset! Please renew!

Season 1 was pretty decent , keep checking for a season 2 update? So any word as I really was into the 1st and hope it continues! Watching season 1 again now as it keeps popping up on epix via. Cable so can’t do just the 1st episode have to watch the full run again! Wish there were more shows like this yearly , amazon has some great ones this , jack Ryan , etc ! Let’s get some game of thrones type shows going! Always entertaining and can’t stop watching! Then again then are some really crappy ones out… Read more »