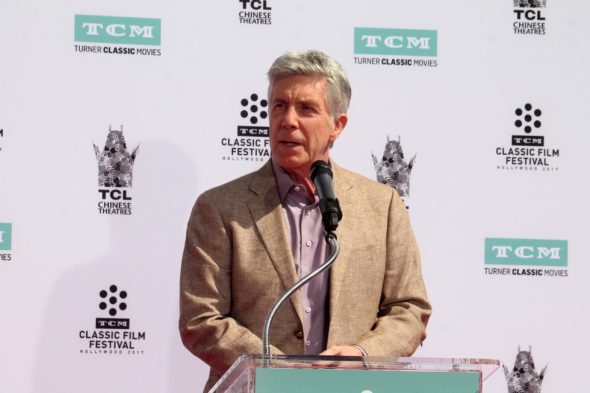 Tom Bergeron may soon be back on television hosting a series, but it will not be Dancing with the Stars. Bergeron released a few teasers that started fans talking on social media, but he has since made it clear that he is not returning to the ABC series. Bergeron hosted the competition series for more than 400 episodes, since it began in 2005, but he and co-host Erin Andrews were dropped by the network in 2020.

Check out his teasers from his Twitter account about the ABC series and his return to television.

Another tease from Tom 😏 pic.twitter.com/kWkIBoFRng

Per Deadline, Bergeron said the following about his return to hosting:

Fans of the former Dancing with the Stars host should know more next week. It is possible he could land a hosting position on a syndicated game show.

What do you think? Have you missed seeing Bergeron on your television screens? Would you watch him on another series?

Tyra Banks has ruined Dancing With The Stars. She is annoying, dresses ridiculous and chooses to make the show all about herself.
The powers that be ruined an enjoyable show when the removed Tom and Erin.
IF IT AIN’T BROKE DON’T FIX IT!

I had hoped he might be in the running for Jeopardy. He and Alex were friends and I think he would be just great for that. Could be he just preferred this other offer because I read several lists online of possible replacements and he was on every one of them, I’ll watch where ever he ends up! DWTS is going in a bad direction.

would love to see bergeron on jeopardy he’s a natural

I am so pissed about Tyra being the host. She is a terrible fit for the show. Not sure whose idea it was, but they were wrong. I only catch the dancing clips. Breaks my heart, I always looked forward to DWTS.

Have not watched DWTS since Tom and Erin were kicked out. Bad decsison ABC.

I love Tom I don’t watch game shows ever,, however if Tom is hosting I will watch whatever he is a part of, I miss him on dancing with the stars I did not watch this last season‍♀️

I believe that Tom Bergeron will be hosting the new dance reality show that I read about recently.

Get tyra banks off dancing with star’s. ! I won’t watch this season! What a joke! Admit you made a mistake.. Big one! Bring Tom back what ever the cost. Than

DWTS SHOULD NEVER HAVE LET HIM GO!!!!

something either like funniest video, or morning co-show on FX early on in his career

I ditto Sherry’s comments that are below in the comments exactly. Tom is great.

Dancing’s loss. Tom is a class act and I’ll check him out again wherever he lands. Haven’t watched DWTS since he left and never will. They treated him terribly.

I also stopped watching when Tom and Erin were let go and I too, will not be watching DWTS ever again and I also don’t watch AFV anymore since Tom left, Alfonso is a complete idiot, don’t like him at all.