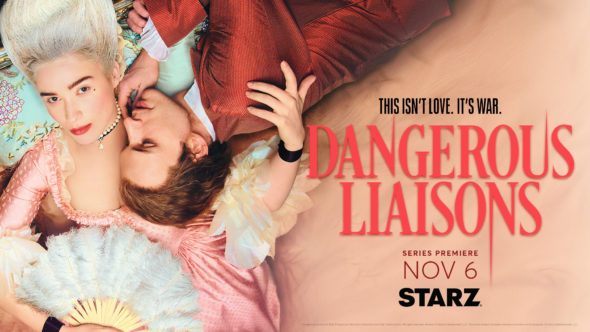 A period drama series, the Dangerous Liaisons TV show is a prequel to the classic 18th-century French novel. It stars Alice Englert, Nicholas Denton, Lesley Manville, Kosar Ali, Carice van Houten, Hilton Pelser, Fisayo Akinade, Michael McElhatton, Nathanael Saleh, Colette Dalal Tchantcho, Hakeem Kae-Kazim, and Tom Wlaschiha. The series revolves around the story of how the Marquise de Merteuil and the Vicomte de Valmont met as passionate young lovers in Paris on the eve of the revolution. In this time, Pascal (Denton) and Camille (Englert) are simply two young people who are dreaming of a better life together. Camille, who is taken in by the current Marquise de Merteuil (Manville), navigates her own path in a world of men, using the power of secrets to take back control. Meanwhile, Valmont will stop at nothing to regain the title that was recently taken from him. Their on-again-off-again love story is the heart of the series. Of course, it’s not love — it’s war<em>.</em>

Note: The ratings for this series are very low so there may be gaps in our reporting of them.

What do you think? Do you like the Dangerous Liaisons TV series on Starz? Should it be cancelled or renewed for a second season?