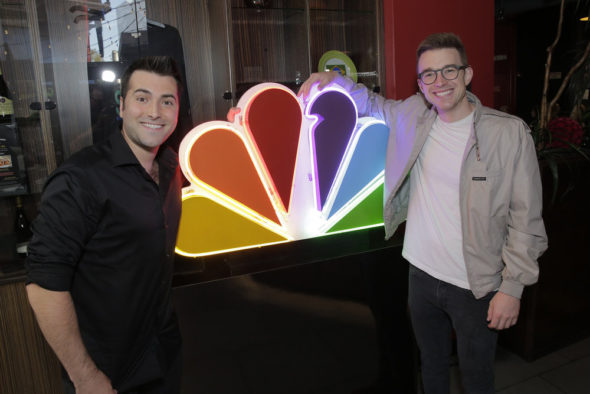 The sands will keep flowing through the hourglass at Days of Our Lives on NBC. Despite presumptions that the long-running soap would be cancelled, the show has been renewed for a 56th season.  Executive producer Ken Corday is said to have informed the cast yesterday. One of the show’s actors has shared additional details.

Season 55 is currently airing on the peacock network and is averaging a 0.44 rating in the Female 18-49 demographic with 2.00 million total viewers. Compared to season 54, that’s down by 7% and 6% in the live+same day ratings. Of the four remaining daytime dramas, Days consistently comes in fourth place, behind ABC‘s General Hospital and The Bold and the Beautiful and The Young and the Restless on CBS. Still, it’s the first of the quartet to be renewed for 2020-21.

It was recently reported that Days might be in danger of cancellation since all members of the cast had been released from their contracts as a possible cost-cutting move. With the season 56 renewal, Corday Productions, Inc. will have to renegotiate with the show’s performers so, it’s possible that some of them may not be asked back or choose to return.

The daytime drama shoots way in advance and, according to castmember Freddie Smith, is set to go on hiatus next Wednesday. The actor shared that production is expected to resume in mid-January 2020 and EP Ken Corday told the cast that they would reach 14,000 episodes next year (the cast filmed episode 13,909 today).

Smith said that, when Corday gave the cast the good news about the renewal, he spoke extensively about the importance of the show to him and his family. Smith noted that Corday has mentioned that he wants to see Days reach a 60-year milestone (and hopefully beyond). You can watch Smith’s commentary below.

What do you think? Are you glad that the Days of Our Lives TV show has been renewed for season 56 for the 2020-21 season? How long do you think that the series will last for 60 seasons and beyond?

I have been watching the show for over 30 yrs and glad it is coming back. I’m not a fan of the year jump. Is there anyway to bring back the show beginning where the current episode ended not jumping a year. All of the those deaths are horrible. The couples brought together and broken apart are just too much. Please fix this. A loyal fan.

I think the story line has gone absolutely stupid. I have been watching DOOL since I was a child, watching it with my mom before I started school then when I was in school after school. Now I have stopped watching because it’s so stupid. Will kills mother in law. So many dead. Twisted does not even cover what is happening. The damage is done. Alot of people I know stopped watching it or even stopped taping it.

I’m with Diane Jackson. I do not like the fast forward year. I may quit watching this show because this, to me, is not the true meaning of “Days of Our Lives” How can it be when you’ve taken away an entire year. Part of the reason I watch is because it is based on the daily lives of everyone. Give the show some true drama and stop going back on old story lines. This is very frustrating to watch. I agree with bringing it back to the present, whatever you have to do, otherwise you will lose a fan… Read more »

I am pleased to see the show renewed for another season. So is my 94 year-old mother who watches it everyday. Would like to see Hope return to being the old Hope and Rafe and her get back together, but have enjoyed watching Hope as Gina.

I do not like the way it’s jump, I have about to let go of something I have watch since I was a little girl. It not right and I have seen a lot in my years, if it don’t go back to where it was I will stop and the DAYS OF MY LIFE WILL END.

I AM 69 AND WOULD HAVE WATCH IT FOREVER BUT THIS JUMP IS BAD.

Great news!!! Have watched this show since a teen and hope to watch it forever. Thanks for renewing!!!

PLEASE GO BACK TO THE ORIGINSL WAY, THIS FORWARD YEAR IS NOT GOOD, AND BRING BACK THE BETTER GABI THAN THIS MEAN AND BITCHEY PERSON. PUT EVERYTHING BACK THE WAY IT IS SURPOSE TO BE. WITH STEFNO BACK IN THE PICTURE, SO GABI CAN BE HAPPY AGAIN. AND LANI CAN HAVE HER HAPPY EVER AFTER.

Think this has run its course. Watched for years but it lost me years ago with characters dying and then mysteriously showing back up. Have tried to watch many times over the past several years but can not really stick with it. So sad as this was so good years ago.

They need some new writers. They keep regurgitating the same scenarios. My husband will be glad it’s not cancelled.

I watch all 4 remaining soaps but DOOL is my all time fave and have been following from the beginning.

I’m so glad it was renewed, I hope it goes beyond 60. Trying to get used to the time jump.

I love the show and some of the characters but I don’t really watch it much anymore…. it comes at the same time as general hospital so it hard to watch. Plus with the time skip they did last week had it for me. It hard to focus on your favorite characters when you don’t know what happened to them.

I hope it lasts forever look forward to it each day been watching it from the beginning. So glad renewed. As far as I’m concerned it’s the BEST SOAP!!!