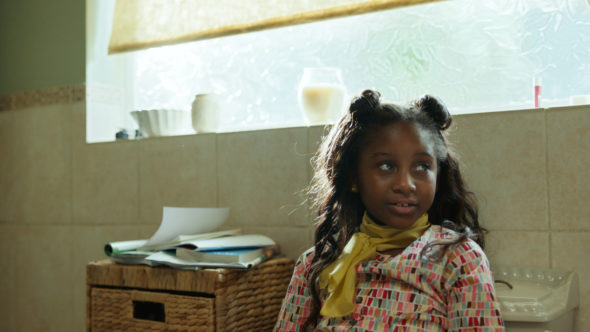 Has justice been served? Is the National Treasure TV show cancelled or renewed for a third season on Hulu? The television vulture is watching all the latest TV cancellation and renewal news, so this page is the place to track the status of National Treasure, season three. Bookmark it, or subscribe for the latest updates. Remember, the television vulture is watching your shows. Are you?

Unless they decide to release the streaming viewership numbers, it is difficult to predict whether Hulu will cancel or renew National Treasure for season three. To complicate matters, this is a British anthology drama, and the first season (in UK, that’s “series”) has a totally different title (National Treasure), than the second (Channel 4 simply calls it: Kiri). In the US, Hulu’s main title: subtitle format is in line with the typical anthology (think American Horror Story on FX).

Anyhow, renewal in the US depends on the program’s fate in UK. For now, I’ll keep a hungry eye on the British and American trades and update this page with breaking developments. Subscribe for free National Treasure cancellation or renewal alerts.

What do you think? Are you glad the Channel 4 and Hulu renewed the National Treasure TV series for a third season? How would you feel if they cancelled this TV show, instead?

I love days of our lives and will continue to watch! I’m a true fan! Thank you for renew it! God bless

Absolutely there should be a season 3,4 and 5! I watch a lot of British series and it drives me crazy that there are so many good ones but they don’t renew many of them.