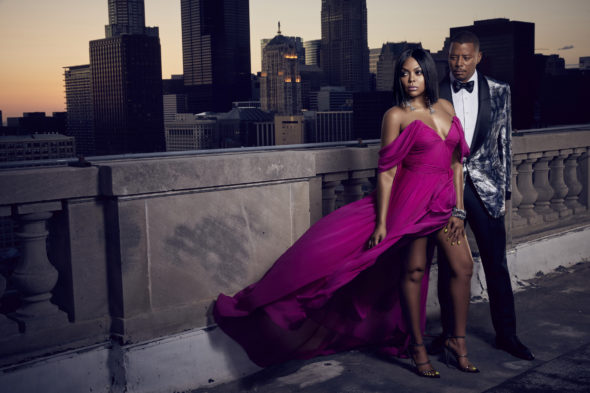 Is the music going to stop? Has the Empire TV show been cancelled or renewed for a seventh season on FOX? The television vulture is watching for the latest cancellation and renewal news, so this page is the place to track the status of Empire, season seven. Bookmark it, or subscribe for the latest updates. Remember, the television vulture is watching your shows. Are you?

The sixth season of Empire on FOX is averaging a 0.73 rating in the 18-49 demographic and 2.65 million viewers. Compared to season five, that’s down by 46% and 41%, respectively. Find out how Empire stacks up against the other FOX TV shows.

We don’t need to wonder if Empire will be cancelled or renewed for a seventh season since it’s already been announced that season six is the end. Still, networks have been known to change their minds from time to time. Or, if the ratings are strong enough, a spin-off could certainly be created. After all, Empire was still one of FOX’s top-rated shows last year. I’ll keep an eye on the Nielsens and update this page with breaking developments. Subscribe for free Empire cancellation and renewal alerts.

What do you think? Is this the right time to end the Empire TV show? Would you watch a seventh season of this FOX series?

Please continue the show. I have been watching day 1 since it premiered. It needs a proper ending. Puh-leeeze keep it one more season.

Pls continue the empire seasons. I luv the show. Season 6 would be a bad ending

No way pls dont cancel I love the show. Plus the 6th season would be a very bad ending. How can you let it end like that ?????? Pls continue the seasons

It hasn’t ended yet it comes back in March

I think there should be a seven season

Totally unfair to leave a show closed or ended with a cliffhanger like this. Shame on FOX for this.

Renew EMPIRE Season 7, it’s an ICONIC TV SHOW. COOKIE AND LUS need to heal the luv and hv a season of peace as power couples do when the relationship enters momentum.

I want them back in love together making love

We loved Empire! Couldn’t stop watching every evening. I can’t believe there is no season 7, that’s awful!!!

I would definitely like to see a 7th season of Empire! Please. I have never missed a show

Please continue on with season 7. I am a huge empire fan, never miss an episode! You can’t leave me hanging with the finale of season 6. Too intense of a cliffhanger!!

I was really in to Empire and Star I think that Lee Daniel’s need to retire now because if he wasn’t going to end them right he should have just cut empire when he cut star. I have no energy for him now never again.

YES Would Absolutely Watch a 7th Season of this show

Yes i would watch it and watch it..i love empire and star please bring them back….

Love for Empire to have a 7th season showing. I have watched all six seasons, & really enjoy the show. Never miss it!