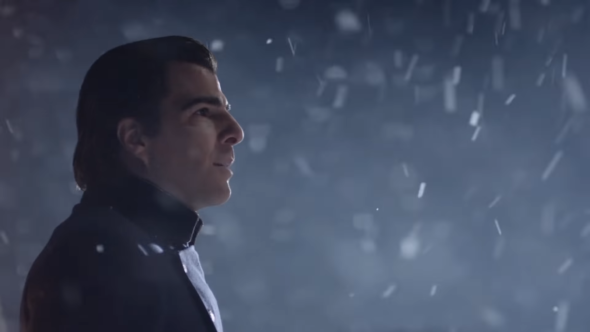 June is shaping up to be a scary month on AMC. The cable channel has announced that season five of the Fear the Walking Dead series will debut on June 2nd, at 9:00 PM. It will be followed by new horror series NOS4A2 at 10:00 PM.

Here are some additional details, along with a trailer for the new NOS4A2 series.

“Fear remains one of the most successful dramas on cable with a passionate fanbase who we think will love NOS4A2, a suspenseful and electrifying character drama set against the back drop of supernatural horror. We anticipate the audience overlap will be strong,” said Sarah Barnett, President of AMC Networks Entertainment Group. “Showrunners Andrew Chambliss and Ian Goldberg brilliantly reinvented Fear in its fourth season to much critical acclaim and we can’t wait to share with those fans what they have in store for Season 5. Likewise, NOS4A2 showrunner Jami O’Brien and her incredible writing team have created something we didn’t know we needed until now – a perfectly unmissable intertwining of horror and Christmas.”

In Fear the Walking Dead Season 5, the group’s mission is clear: locate survivors and help make what’s left of the world a slightly better place. With dogged determination, Morgan Jones (James) leads the group with a philosophy rooted in benevolence, community and hope. Each character believes that helping others will allow them to make up for the wrongs of their pasts. But trust won’t be easily earned. Their mission of helping others will be put to the ultimate test when our group finds themselves in unchartered territory, one which will force them to face not just their pasts but also their fears. It is only through facing those fears that the group will discover an entirely new way to live, one that will leave them forever changed.

Produced by AMC Studios, Fear the Walking Dead is the #4 drama on cable among adults 18-49 and adults 25-54 in Nielson live+3 ratings. The series is executive produced by Scott M. Gimple, showrunners Andrew Chambliss and Ian Goldberg, as well as Robert Kirkman, David Alpert, Gale Anne Hurd and Greg Nicotero.

Based on Hill’s 2013 best-selling novel of the same name, NOS4A2 follows Vic McQueen, played by Cummings (The Goldfinch), a gifted young woman who discovers she has a supernatural ability to find lost things. This ability puts her on a collision course with the evil and immortal Charlie Manx, played by Emmy®-nominee Quinto (Star Trek, American Horror Story). Manx is a supernatural villain who feeds off the souls of children then deposits what remains of them into Christmasland – a twisted place of Manx’s imagination where every day is Christmas Day and unhappiness is against the law. Vic strives to defeat Manx and rescue his victims – without losing her mind or falling victim to him herself.

NOS4A2 is executive produced by showrunner O’Brien (Fear the Walking Dead, Hell on Wheels), Lauren Corrao, co-president of Tornante Television, and Hill. In addition to Quinto and Cummings, the cast includes Ólafur Darri Ólafsson (Lady Dynamite) as Bing Partridge, Virginia Kull (The Looming Tower) as Linda McQueen, Ebon Moss-Bachrach (The Punisher) as Chris McQueen and Jahkara Smith (aka Sailor J) as Maggie Leigh. The series is produced by AMC Studios in association with Tornante Television.

About AMC
AMC is home to some of the most popular and acclaimed programs on television. AMC was the first basic cable network to ever win the Emmy® Award for Outstanding Drama Series with Mad Men in 2008, which then went on to win the coveted award four years in a row, before Breaking Bad won it in 2013 and 2014. The network’s series The Walking Dead is the highest-rated series in cable history. AMC’s other current original drama series include Better Call Saul, Fear the Walking Dead, The Terror, Into the Badlands, Humans, Preacher, The Son, McMafia, Lodge 49, The Little Drummer Girl and NOS4A2. AMC also explores authentic worlds and discussion with original shows like Talking Dead, AMC Visionaries and Ride with Norman Reedus. AMC is owned and operated by AMC Networks Inc. and its sister networks include IFC, SundanceTV, BBC America and WE tv. AMC is available across all platforms, including on-air, online, on demand and mobile.

What do you think? Are you a fan of Fear the Walking Dead? Do you plan to watch season five, or check out the new NOS4A2 series on AMC?