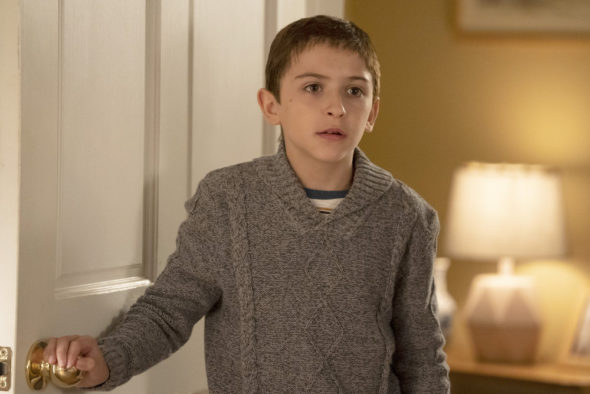 Are some of the passengers living on borrowed time in the second season of the Manifest TV show on NBC? As we all know, the Nielsen ratings typically play a big role in determining whether a TV show like Manifest is cancelled or renewed for season three. Unfortunately, most of us do not live in Nielsen households. Because many viewers feel frustration when their viewing habits and opinions aren’t considered, we invite you to rate all of the second season episodes of Manifest here. *Status update below.

An NBC supernatural drama, Manifest stars Melissa Roxburgh, Josh Dallas, Athena Karkanis, J.R. Ramirez, Luna Blaise, Jack Messina, Parveen Kaur, and Matt Long. After a turbulent but routine flight, the crew and passengers of Flight 828 disembarked to find the world had aged more than five years. Their friends, families, and colleagues had given up hope of ever seeing them again. Now, faced with the impossible, the passengers’ dreams of a second chance at life evaporate as they encounter imminent dangers surrounding them, both tangible and unexplained.

What do you think? Which season two episodes of the Manifest TV series do you rate as wonderful, terrible, or somewhere between? Do you think that Manifest should be cancelled or renewed for a third season on NBC? Don’t forget to vote, and share your thoughts, below.

Love the show from the start! Keeps you on the edge of u Yu our seat! Please keep it going!!!

Please keep this series. I really want to see how it turns out each week and if they make it past 5 years.

Love this show. Please renew for next season and many more.

I love Manifest. It is a pleasant experience with so many “police-solve the mystery in one episode. I like seeing the drama unfold over the entire season.

Manifest is the only series I watch on TV. Wish the relationship of Zeke and Michaela wasn’t part of the storyline as I don’t believe Zeke is important to the plot. The little boy has had less involvement in the plot in season 2 and I feel he is the link to what happened on the plane. The extra characters this year of passengers providing clues is pretty good but I feel the show should resolve the answers quicker than it is. Keep it on to show the resolution to the story.

I find this show absolutely fascinating and I love it. Give it a 3rd season!!

I LOVE this show! Please renew it!!!!

Manifest is one of the only shows worth having a TV for. Need more show’s like this. A show you can watch with your mind and not just vegitate.

I love the show Please renew the show. I look forward to watching it on Monday

Very imaginative show! Keeps us on the edge trying to figure out the next turn! Absolutely LOVE it- keep going!