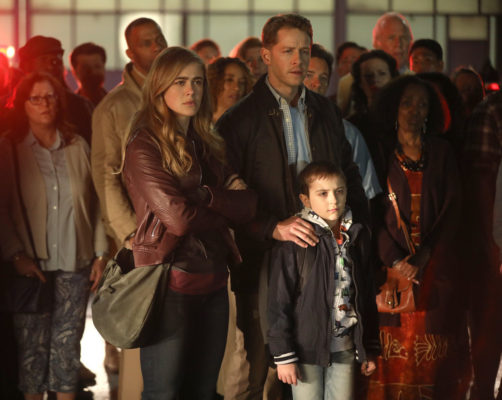 Back in 2004, ABC hit the ratings jackpot with their Lost TV show, a series about the passengers of an ill-fated airline flight and their mysterious survival. Now, NBC is trying their own airline mystery series called Manifest. Will it be a hit for the peacock network and be renewed for a second season? Or, will it be cancelled, like so many other mystery dramas? Stay tuned. *Status update below.


What do you think? Do you like the Manifest TV series? Should NBC cancel or renew it for season two?

Please renew to season 2, the show is so addicting and I want to know what is going to happen next. Manifest is an amazing tv show.

I love Manifest. It is a good show. I could not wait until Monday came back around so I could see all of the weird things that were happening in the show. I vote YES keep it on!!! I love it!!!

Started off interesting but turned into a conpiracy theory plot rather than focusing on the returning passengers “powers” and how they help people. The conspiracy theory plot lost my interest. The show should be cancel ed.

I DVR this show and then power watch it. This is excellent TV. If NBC won’t do a season 2 then someone should.

We have recorded and watched each and every one of the ManifestEpisodes. We sure hope there is a Season 2

Manifest is my favorite tv show. Im hooked. I love the plots- the cast- the writing… love this show!!!

Please don’t cancel the show! My 11 year old twins and I have planned our Monday nights together!!! Please don’t leave us Hanging!!! “Stop Him” Did she get shot?? Stop them from canceling this show!!

I will scream if they cancel this show. We love it!!