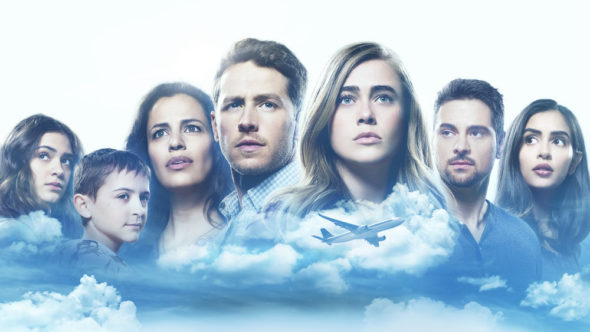 TV show description:       From Robert Zemeckis, Jack Rapke, Jeff Rake, and Jackie Levine, the Manifest TV show revolves around the passengers of a routine airline flight that goes missing — and then reappears.

After a family vacation in Jamaica, the Stone family is returning to New York when they are separated by the airline. Adult siblings Michaela (Roxburgh) and Ben (Dallas), along with Ben’s gravely ill son Cal (Messina), are bumped to a later flight. Ben’s wife Grace (Karkanis), daughter Olive (Blaise), and parents fly ahead.

The later flight, Montego Air Flight 828, hits some turbulence but ultimately lands safely. The flight crew and passengers are shocked to learn that, in the span of their flight’s few hours, five and a half years have passed for the rest of the world. Their friends, families and colleagues, believed they were all dead. So, after mourning their loss, had given up hope and moved on with their lives.

Given some sort of second chance, the passengers try to reconnect with their loved ones. They also attempt to make sense of a mystifying phenomenon that seems to be steering them to act in ways they don’t understand. The passengers realize they may be meant for something greater than they ever thought possible.

Series Finale:
Episode #62
The episode has not aired yet.
First aired: TBD.

What do you think? Do you like the Manifest TV show? Are you glad that it’s been revived for a fourth and final season?

This garbage is being revived – new depths are reached week upon week.

Thrilled to death that Manifest is coming back. The question is ….WHEN????

Do not cancel great show

I just wish it wouldn’t take so long to put out the new ones! Now I’m losing interest….