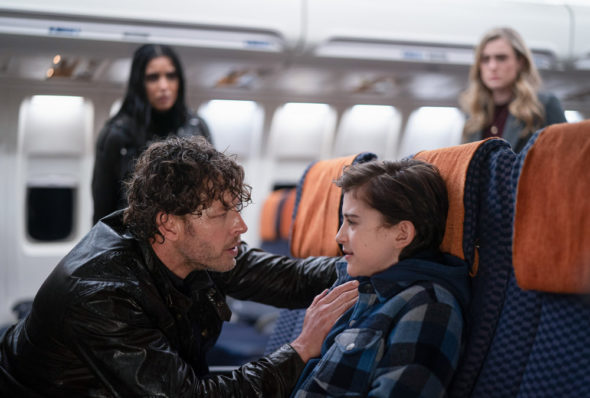 Manifest fans have some great news to start off the weekend. Additional members of the series’ cast have signed on to return for its fourth and final season on Netflix. Parveen Kaur, Luna Blaise, Holly Taylor, Josh Dallas, Melissa Roxburgh, and J.R. Ramirez are all returning.

Daryl Edwards has been promoted to series regular status, per Deadline. SPOILER ALERT. Ty Doran will also be a series regular following his appearance as an older Cal Stone in the final moments of the third season per Deadline. It was also confirmed that Athena Karkanis and Jack Messina will not return for the final season.

As for Matt Long, he has signed on for an NBC pilot, Getaway, so it is not known in what capacity he could return if Getaway were to be picked up to series.

Manifest was cancelled after three seasons on NBC. It was subsequently revived by Netflix for a 20-episode season to wrap up the series. The mystery drama follows what happens to the survivors of Flight 828 after landing nearly five years after they took off from their vacation destination.

What do you think? Are you excited about the return of Manifest on Netflix?

great good on netflix. There are to many programs scrapped before the story ends. the producers ect upset all there public with this tactic its about time it stopped.