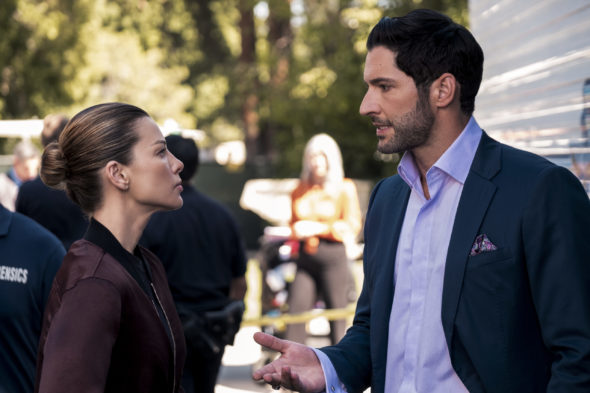 Lucifer has now wrapped production on its sixth and final season. This news comes only a couple of days after the premiere date for season 5B was revealed by Netflix.

Tom Ellis, Lauren German, DB Woodside, Lesley-Ann Brandt, Kevin Alejandro, Rachael Harris, Aimee Garcia, and Scarlett Estevez star in the series, and several members of the cast went to social media to talk about the wrap of filming for the Netflix series, which follows Lucifer (Ellis) as he lives his life on Earth.

And that is a wrap on #Lucifer. Thanks everybody.

Lucifer will return with the second half of season five on May 28th on Netflix. A release date for the sixth and final season of 10 episodes has not been announced.

What do you think? Are you a fan of Lucifer? Will you be sad to see this devilish TV series end on Netflix?

There should be 666 seasons. Admittedly, I’m biased when it comes to that number, but the show is really that good!

I’m going to hate to see Lucifer leave I love the show.

Netflix sucks..they could have kept this show going..it has a huge fan base..they only renew the garbage..so done with them!

netflix gave us 3 extra seasons of this show. Blame fox too. Netflix has been notoriously only giving us 3-4 seasons of some of these high quality shows

One of the most interesting, most intelligent, most intriguing series I’ve ever watched. Exceedingly sad to see it end.

One of the best shows ever. So sad to see such an icon ending.