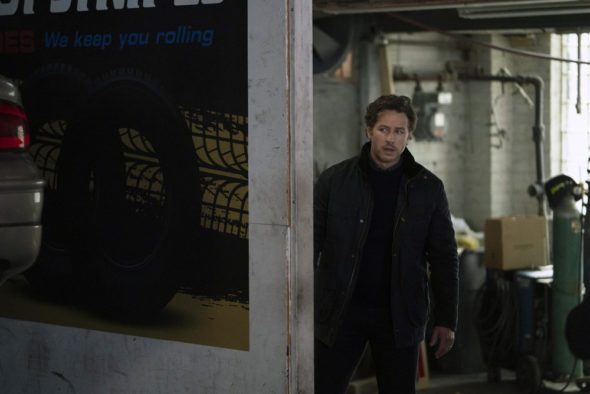 Manifest fans may still see their show return. Both NBC and Netflix have decided to renew talks with Warner Bros TV to bring the series back for a fourth season, per Deadline. NBC cancelled the series last month, and the cancellation caused an uproar with fans of the sci-fi drama.

Once the series arrived on Netflix, it topped the streaming service’s viewership charts. It looked like Netflix would be a good home for the series but the streamer passed. The series has remained in the top 10 and this has led both NBC and Netflix to each express new interest.

As for NBC, the broadcast network backed off on its plans for a new Law & Order spin-off, Law & Order: For the Defense. The network now has space in its schedule and extra funds to fill it with another series.

Josh Dallas, Melissa Roxburgh, J.R. Ramirez, Luna Blaise, Jack Messina, Parveen Kaur, and Matt Long star in Manifest. None of the actors are under contract any longer, but the actors have all expressed their desire to see the series revived.

This would not be the first time that NBC has backtracked on a cancellation. The network changed its mind on Timeless after a similar fan uproar followed its first season cancellation. When the show was later cancelled after two seasons, the peacock network wrapped up the show with a two-part finale.

What do you think? Do you still want to see Manifest back on NBC or picked up by Netflix?

Please bring it back to NBC it was an awesome show and it left us hanging at the end of last season.

I want season 4 of Manifest. You can’t leave us hanging like this..

This is an excellent show and should have never been canceled

Manifest is a good series, very enjoyable, solid entertainment. It would seem somebody should pick up the series for a 4th season.

Yes, Someone pick this fantastic series up for at least a 4th season!!!