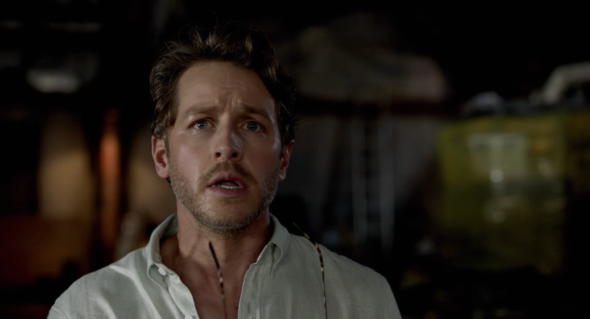 There are more Manifest mysteries to be solved but viewers won’t get answers on the peacock network. NBC has cancelled the TV series so, there won’t be a fourth season.

The third season of Manifest averaged a 0.47 rating in the 18-49 demographic and 3.07 million viewers in the live+same day ratings. Compared to season two, that’s down by 31% in the demo and down by 21% in viewership. The finale aired last week.

Manifest creator Jeff Rake has spoken about having a six-season plan for the show and broke the news of the cancellation via Twitter.

I’m devastated by NBC’s decision to cancel us. That we’ve been shut down in the middle is a gut punch to say the least. Hoping to find a new home. You the fans deserve an ending to your story. Thanks for the love shown to me, cast, and crew. #savemanifest

Warner Bros. TV, which co-produces the series, is expected to shop season four elsewhere. Manifest has reportedly performed well on Netflix so the streamer may be an option.

What do you think? Are you disappointed by the Manifest TV series cancellation? Would you have watched a fourth season?

Manifest is an exciting & refreshingly different show ! It should not be canceled ! All the good shows get canceled by ABC .

It is not fair to the fans to end in the middle. It needs to be finished.

Yes, I hate that they canceled manifest. I loved the show. If the networks keep canceling shows without an ending your viewers are going to get tired of watching series. They will stop watching them altogether. Bring manifest back for a fourth season and at least end the story. But I would love to see more than the fourth season.

Perfectly said !!!!!! ABC is notorious for canceling the best series! It’s all about the ratings!

Yes, but more explanations rather than more hughs or confusion.

Bring Manifest back!!!! The loyal fans need to at least see how the characters navigate the death date!!! That is no way to end a series!!