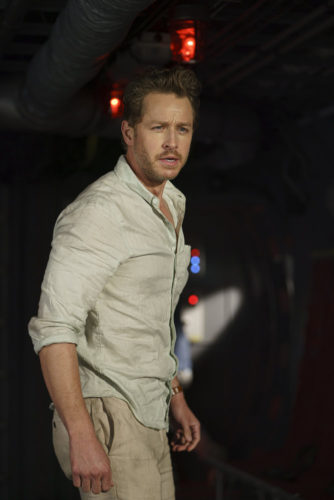 Manifest is returning soon with its third season to NBC, and the creator and showrunner of the sci-fi series has promised viewers will get answers about the mysterious flight and the disappearance of the plane.

Season three of the NBC series will pick up three months after the end of season two. That finale ended with the tail fin of Flight 828 being found and that discovery will play a major role in upcoming episodes. Series creator Jeff Rake said the following about the third season of Manifest, per SyFy Wire:

“The unveiling of the mystery regarding the tail fin is threaded throughout the season. However, we frontload revelations associated with it so I think that viewers will find that in the first batch of episodes we come to some fundamental understandings. We get to a point of clarity in regard to some of the most fundamental questions about the underlying mystery.”

As for the end of the series, Rake revealed that he has the series finale “locked” and  Manifest is intended to run for six seasons.

He explained that the “master arc of the series has existed from the beginning” and felt it was important to have a plan  “because the audience in recent years has sometimes felt burned [when] mythology shows couldn’t continue to pay off.” Rake noted that some of the actors have been given some of the information about the series finale, either because they are very curious or, because it may inform some of their acting choices. However, none of them know everything. Some of the cast prefer to be kept in the dark and want to be surprised along with the audience.

Filming on season three will soon come to a close and Manifest will return to NBC on April 1st.

What happened to Flight 828? Don't miss the season premiere of #Manifest, April 1 on @NBC. ✈️ pic.twitter.com/oLlNiq9zIb

What do you think? Are you excited for the return of Manifest on NBC? Are you hoping that six seasons of this show are made?

The show is painfully formulaic and should have been a single-season show. Six seasons is ridiculous. “Manifest” is nothing more than a blatant rip-off of “Lost.” In fact, I laughed out loud at the recent episode that pilfered the smoke monster.

I hope they get the 6 seasons the producer envisioned as it 1 of the very few shows worth watching in my opinion other than The Blacklist.

So do I . I look forward each week to when Manifest will be on.