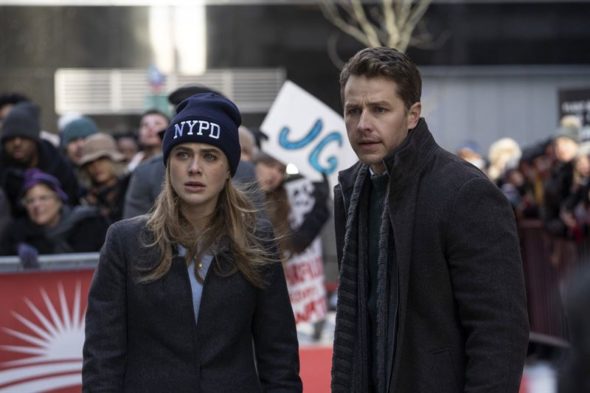 The mystery of Montego Air Flight 828 and its passengers will continue. NBC has renewed their Manifest TV show for a second season. The drama will return as part of the 2019-20 season.

The first season of Manifest averaged a 1.25 rating in the 18-49 demographic and 6.48 million viewers. The series is the network’s second-highest rated scripted series in the demo for the 2018-19 season.

“In just its first season, ‘Manifest’ has answered many questions about the mystery of Flight 828 and, smartly, asks many more,” said Lisa Katz and Tracey Pakosta, Co-Presidents of Scripted Programming, NBC Entertainment. “Congratulations to Jeff Rake, our producers, cast and crew who have created an incredibly addictive series with compelling characters and complex relationships.”

This season “Manifest” has averaged a 2.8 rating in adults 18-49 and 12.6 million viewers overall according to “live plus seven day” ratings from Nielsen Media Research, making it the season’s #1 new scripted series in 18-49 and the overall #6 entertainment series.

What do you think? Did you watch the first season of Manifest on NBC? Do you plan on watching the second season?

Yes. Fabulous show. Cannot believe I have to wait with that ending until it’s on again next year.

Love it, nice to have a refreshing show on. So tired of all the game shows, reality shows, stupid singing shows.

When will season 2 air please. Thank you

Love the show!! Super happy it is coming back

When will Manifest start new season in 2019?

Yes i am going to watch it! I love the series! Want it to come together with final answers#