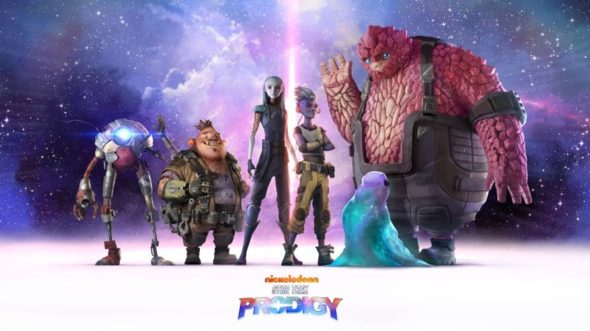 Star Trek: Prodigy has its cast set. The new animated series is headed to Paramount+ later this year and the streaming service has released new images showing off the cast and the characters they’ll play.

The new voice cast and their STAR TREK: PRODIGY characters are as follows:

· Rylee Alazraqui (Doug Unplugs, Home Economics) as “Rok-Tahk,” a Brikar and an unusually bright eight-year-old girl. Rok is a bit shy, but not when it comes to her love for animals.

· Brett Gray (On My Block, When They See Us) as “Dal,” 17 years old and an unknown species, he fancies himself a maverick, who even in the toughest times, holds strong onto his unwavering hope.

· Angus Imrie (The Crown, Emma) as “Zero,” who is a Medusan: a noncorporeal, genderless, energy-based lifeform. Since others would go mad at the sight of their true self, Zero wears a containment suit they made themselves to protect others.

· Jason Mantzoukas (Infinite, Big Mouth) as “Jankom Pog,” a 16-year-old Tellarite. Tellarites are known to relish an argument, and Jankom is no different. Regardless of opinion, he will always play ‘devil’s advocate’ for the sake of hearing all sides.

· Ella Purnell (Army of the Dead, Sweetbitter) as “Gwyn,” a 17-year-old Vau N’Akat who was raised on her father’s bleak mining planet and grew up dreaming to explore the stars.

· Dee Bradley Baker (SpongeBob SquarePants, Dora the Explorer) as “Murf,” whose age and species is unknown but who is an endearing, indestructible blob with curiously good timing and an insatiable appetite for ship parts.

Check out the new photos from Star Trek: Prodigy below. 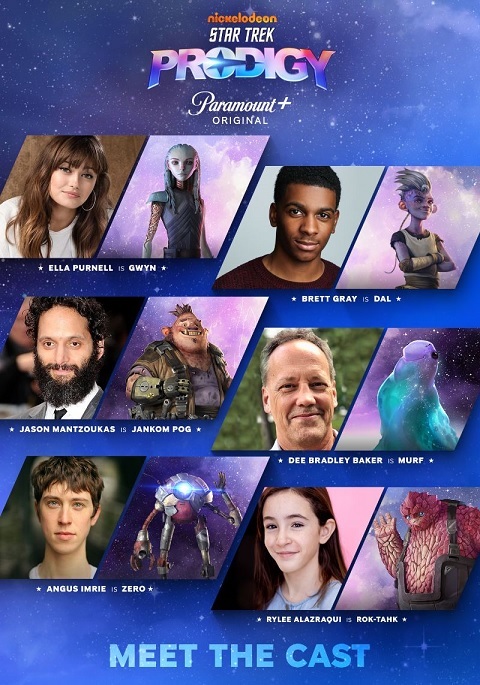 The show will launch later this year on Paramount+ with 10 episodes. Word is that, when the second season is released on Paramount+, the first season will be released on the Nickelodeon cable channel.

What do you think? Are you planning to check out Star Trek: Prodigy on Paramount+ or Nickelodeon?

Well there’s a Star Trek spinoff that will not be airing/streaming in Hell.

We don’t have their target audience down here.