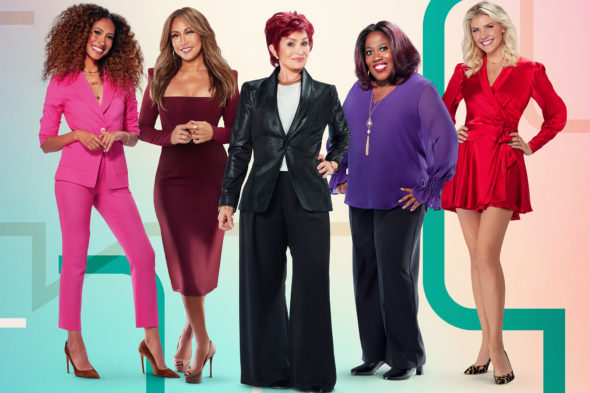 The Talk is returning for the 2021-22 television season. CBS has renewed the daytime talk show after a turbulent year that saw the exit of original co-host Sharon Osborne from the panel.

Carrie Ann Inaba, Sheryl Underwood, Amanda Kloots, and Elaine Welteroth are the official hosts of the series, and a replacement for Osborne has not yet been selected. Inaba is currently taking a leave of absence from the series to focus on her health.

CBS announced the renewal for a 12th season on social media.

JUST ANNOUNCED! #TheTalk has been officially renewed for another year on @CBS returning for a 12th season in 2021-2022! More fun, more topics, more talk! 🎉 pic.twitter.com/mAUhpB9J4R

What do you think? Are you excited to see more of The Talk on CBS? Who would you like to see replace Osborne?

This entire show is horrible with or without the ones already gone. They act like 12 year olds.

I turn the TV off so fast since CBS let this crap happen with Sharon. Just cancel already and make new show called Sharon Osborne.!

This has become the worst talk show. I hope CBS takes a big bad hit for renewing it.

I use to watch The Talk now it just gets on my nerves I can’t stand it any longer the ladies that are on there now could learn a thing or 2 from watching reruns of the show I’m sorry that this show has gone so far down the hill not sure it will ever be saved.

Puleeze! The Talk without Osborne will NOT be something I will be watching! The others bring nothing to the table!

Stopped watching when Sharon was humiliated & later left the show. If show were canceled I wouldn’t miss it.

no don”t like what going own in the show.

The show has really taken a down turn since Sharon left. Not worth spending the time to watch anymore.

They lost me. Don’t watch the talk, or will I ever again!

Bring Sharon back. Not watching the show until the bring Sharon back. The Talk should be permanent canceled. It has gotten to political. Sheryl needs to stop going after ever man that appears on the show. That is getting old.