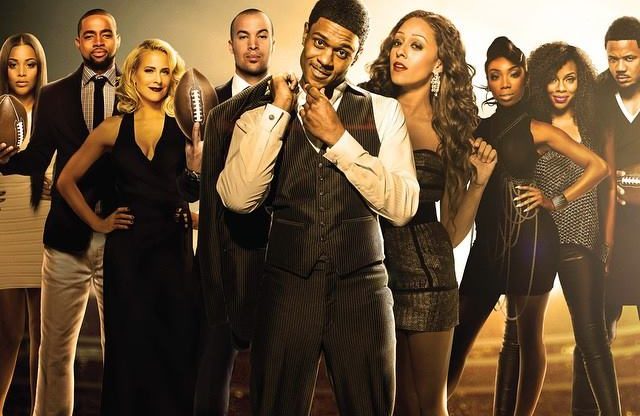 The Game is getting revived by Paramount+ and it’s now been revealed that some members of the cast from the original series are returning for the revival.

Season one will feature the returns of Wendy Raquel Robinson and Hosea Chanchez as sports agent Tasha Mack and footballer Malik Wright. Other members of the cast will also make special appearances. The 10 episodes will run for a half-hour each. A premiere date hasn’t been announced yet.

Paramount+ revealed more about the revival of The Game in a press release.

Relocating from San Diego to Sin City, THE GAME returns with a mix of original cast and new players to offer a modern-day examination of Black culture through the prism of pro football. The team will tackle racism, sexism, classism and more as they fight for fame, fortune, respect and love—all while trying to maintain their souls as they each play THE GAME.

“Fifteen years ago I created The Game and am so proud of the success we had, and that I was able to create characters and stories that resonated with so many people,” stated Mara Brock Akil. “I couldn’t be happier about leaving my beloved characters like Tasha Mack and Malik Wright in the hands of Devon, Wendy and Hosea, who I know will build off of the rich foundation the show has.”

“From the moment it debuted, The Game was a groundbreaking series that used humor, heart and memorable characters to explore real issues involving race, gender and, of course, football,” said Julie McNamara, Executive Vice President and Head of Programming, Paramount+. “What better time for Devon and the whole team to reunite for a fresh look at a world that has only become more at-the-center of the cultural conversation today.”

“The Game is a show I faithfully watched, with characters I grew to love, and now I have the honor of guiding them into the future,” said Greggory. “I’m simply thrilled to be hand-selected by Mara, Julie and CBS Studios to take over the creative reins of such an iconic and culturally significant series.”

“I love this show,” said Grammer. “I am very excited to see this new turn in its life and excited to wave the Paramount+ banner, as well. (Grammnet NH Productions has) been in business a long time and proudly explored diverse and inclusive material for decades. I am really looking forward to seeing this show on the air.”

What do you think? Do you plan to check out the new series of The Game on Paramount+?

I just started watching The Game on Netflix. I’m up to season 8. I’m so excited there is more to come. I do miss Derwin and Mel.

Yes I will be watching the game! I’m excited that it’s coming back on.

THE GAME IS SO FABULOUS!!! IT SHOULD HAVE NEVER WENT OFF!!! EXCELLENT CAST!!! EXCELLENT SHOW!! I REALLY HOPE THAT IT STAYS ON THIS TIME WE REALLY NEED THIS SHOW!!! SOMETHING TO TAKE OUR MINDS OFF OF ALL OF THE BAD IN THE WORLD!!!I WISH THEY WOULD KEEP IT ON LIKE THE COSBYS, FRIENDS, FRESH PRICE, JUST A SHOW THAT IS ALWAYS ON AND ALWAYS THERE!!!!THANK YOU ALL SO MUCH FOR RETURNING!!! CAN’T WAIT TO SEE!!!!

BABY WE BWEN ASKIN FOR YEARS. Tasha, come on so I can see what she is wearing!!! All of the old gang excites me. Not the new people so much. Now they need to bring back the Devils arena as well. Lol

OMG. I have been looking and looking for them, the old gang, Tasha calling her girl Med school. And to see bald head and his wife back together with Brandy out of the pic

I can’t wait i have wait what seems a life time I still watch all Seasons back to back and even own it I’m a life time fan addict.

I been waiting for this SOOOO INNNNN

Definitely YES. I WILLWATCH. Hasn’t been another series to match up to the game to this date!.
.

It was OK in it’s original run. I stress “original” run. BET turned it into flat out garbage, and it ran longer than it even needed to. Why does it need to come back again? This revival trend in TV is extremely annoying.

hell no, that show sucked