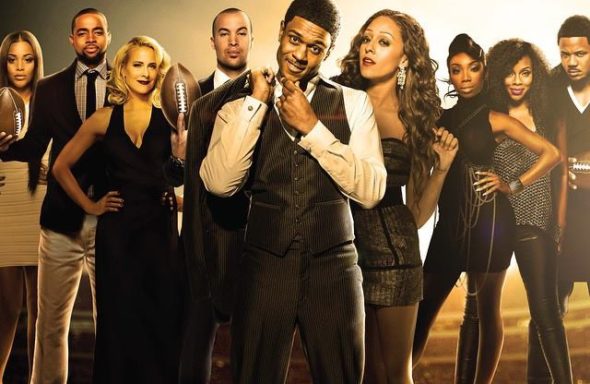 The Game is not coming back! The revival planned by The CW is not moving forward after the network saw what was planned for the return of the series by Mara Brock Akil. A redevelopment deal was offered to Akil, and her partner, Devon Greggory, but it was turned down. Akil was happy with the revival she created.

Deadline revealed the following about the plans proposed to The CW:

“Written by Akil and Greggory, the new incarnation of The Game was to have a new Baltimore setting. The idea was for some of the original cast members to come back as the show’s out-of-touch old-timers are determined to help a bunch of knuckle-head new-schoolers navigate the ruthless game of football on and off the field.”

The Game aired for three seasons on The CW before it was canceled by the network. It was then picked up by BET. The series then aired for six seasons on that network.

What do you think? Were you planning to watch the revival of The Game? Are you upset that the series will not return to The CW?

I’m really disappointed that the show won’t be returning! This was my favorite sitcom and I was looking forward to watching. Please bring it back even if it has to be on a different network.

I’m more than upset!! They should bring The Game back! I love Akil’s ideas! I wish they could find some sort of compromise. At the end of the day, it’s about the fans, we give the ratings which gives the creators joy and fresh ideas to add to the old.

Yes bring the show back. I really enjoyed the show. Just finish watching reruns of the show

CW cancelled something? I do not believe it.

Wow, that sounds like a horrible idea for a new story. Glad they cancelled its renewal. Plus, the original show ran its course and out of ideas way before it went off the air the first time. It doesn’t help that Pooch Hall doesn’t look athletic at all. Just fat as hell and unrecognizable. He used to be so cute but now just a bloated mess.

Yes ! Im mad as hell .why not pick the show up again.
Please bet pick it up for season 10.

I was never a die-hard fan of this show but it was better in its earlier years then when it made the transition to BET where they ruined it. The show went from being three seasons long to about being eight or nine seasons long. Let it be done.