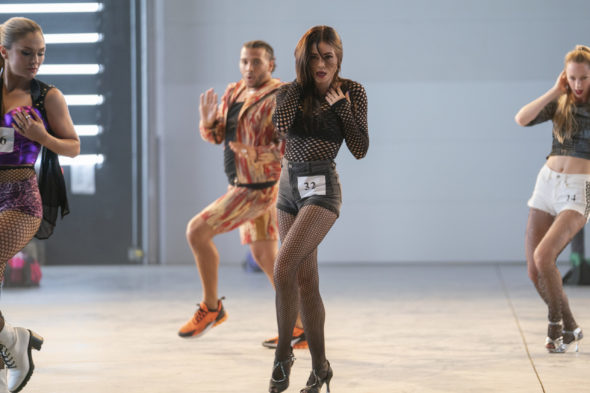 Put away the boombox. Netflix has canceled Soundtrack after just one season. The series premiered on the streaming service on December 18, 2019. Just a little over a month, the series is being shown the exit door, per Deadline.

The cast of Soundtrack features Jenna Dewan, Callie Hernandez and Madeline Stowe, Jahmil French, Campbell Scott, Marianne Jean-Baptiste, Megan Ferguson and Evan Whitten. Dewan isn’t have the best of luck lately. It is likely the show she hosted on FOX, Flirty Dancing, will also be canceled. That series was moved to Saturday night to finish out its first season in January.

Soundtrack was written by Josh Safran, who was the showrunner of Quantico. That series aired on ABC for three seasons. The Netflix series was “a romantic musical drama that looked at the love stories connecting a diverse, disparate group of people in contemporary Los Angeles through the music that lives inside their hearts and minds.”

What do you think? Did you watch Soundtrack on Netflix? Are you sad to hear it was canceled?

Super bummed Soundtrack is cancelled. I really want to see more Nellie & Sam life as they have a child. I want to see Dante life changes. More Morgan, Gigi and Annette. Why is Netflix continuing to cancel good shows. I might just drop Netflix and only do Amazon Prime.

That decides it then: I am tired of Netflix cancelling good shows so I will not watch any of their new shows and once the shows I am currently watching are cancelled then I will cancel Netflix from my life once and for all.

I did it with ABC and SyFy so what is one more? It’s not like there aren’t options out there.

I am sad to see that “Soundtrack” Netflix show has been discontinued. I thought it was creative and I also enjoyed the music.

I enjoyed Soundtrack, and will be sad to see it discontinued