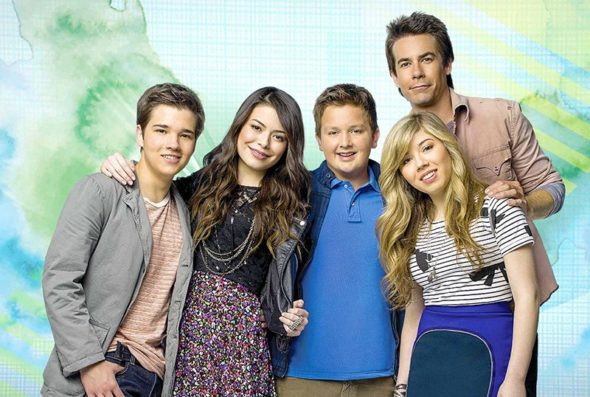 iCarly is returning. The Nickelodeon series is being revived by Paramount+ with three of the stars returning for the revival, per Deadline. Miranda Cosgrove, Jerry Trainor, and Nathan Kress all starred in the original series, which follows a group of young friends as they created a popular webcast and grew up. The comedic series ran for five seasons between 2007-12. Fellow stars Jennette McCurdy and Noah Munck aren’t involved at this point.

It was not revealed what the plot of the revival would be, but the new iCarly TV series will arrive on Paramount+ (currently known as CBS All Access) in 2021. Jay Kogen and Ali Schouten will be behind the series revival and will act as showrunners.

The original series was created by Dan Schneider, but he is not involved with the new series. Nickelodeon severed ties with him in 2018.

What do you think? Are you excited for the return of iCarly? Did you watch the original series on Nickelodeon?

I hate icarly way older than younger generation when I was kid love drake and josh, The Amanda show, Kenon and Kel, All That too funny show childhood memories Zoey 101 was the best too. Never got into Icary dislike not funny awful stupid idea.

iCarly was one of the last Nick shows that I can actually say that I enjoyed. Not to the degree where I would beg for a revival, but whatever. I’m not getting Paramount+ though. Tired of the endless streaming service brigade.