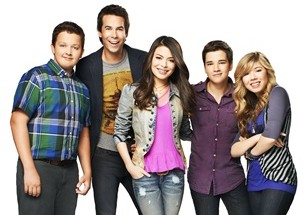 Nickelodeon has a hit on their hands in iCarly and they have no intention of letting it go. Starring Miranda Cosgrove, the TV series attracted 7.4 million viewers last Saturday. That made it the most-watched cable program of the week and the most-watched kids cable show so far this year. Nickelodeon has just renewed iCarly for a fifth season of 13 episodes.

Of the renewal, Marjorie Cohn, Nickelodeon’s President of Original Programming and Development, said, “Our audience will be psyched to get more of what they love — new episodes of their favorite show, iCarly. We are excited to see what Dan Schneider will do next with our favorite characters.”

Despite the big success of the show, one has to wonder if season five will be the end. The previous seasons have all been made up of 20-26 episodes each. Nickelodeon has only ordered 13 installments for season five.

Production on the next round of episodes will begin in May with season five expected to be shot in 2012.

What do you think? Are you a fan of iCarly? Glad to hear it’s been renewed? How long do you think it should realistically continue before the “kids” get too big?

I l lead I carly comeing back soon

Okey i am so sorry icarly sorry for **** you …. Icarly your Are a good tv show but victorious is the best show forever

Season 5 is the last one. Tickets for the finale taping are going for 5,000 on charity buzz.
It’s sad to see them go but you know what they say, all good things must come to an end.