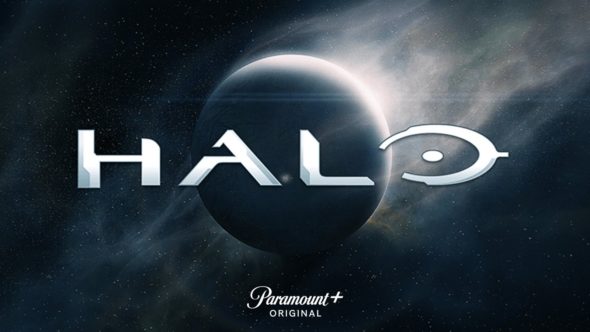 Halo is now coming to Paramount+. The sci-fi series, which is based on the popular Xbox game, was originally ordered for the Showtime cable channel. Production on the show is currently ongoing in Budapest, and the series will land on the new streaming service in 2022. The cast includes Pablo Schreiber, Natascha McElhone, Charlie Murphy, Jen Taylor, Shabana Azmi, Bokeem Woodbine, Kate Kennedy, Natasha Culzac, and Bentley Calu.

Paramount+ revealed more about the new Halo TV series in a press release.

“ViacomCBS announced today that the highly anticipated upcoming original drama series HALO will premiere exclusively on Paramount+. SHOWTIME is producing the series in partnership with 343 Industries and Amblin Television. Currently in production in Budapest, HALO is set to premiere on Paramount+ in early 2022. The announcement was made today by David Nevins, Chief Creative Officer, CBS & Chairman and Chief Executive Officer, Showtime Networks Inc.

“From all the early glimpses we’ve seen, it’s crystal clear that HALO is a visually stunning thrill-ride, anchored in riveting, character-driven storytelling,” said Nevins. “With such tremendous appeal to every audience, we realized HALO had the potential to become a defining show for what will become the broadest streaming platform at ViacomCBS – the new Paramount+. And SHOWTIME is looking forward to continuing to produce this incredible series with 343 and Amblin for Paramount+.”

“It has been a remarkable journey to bring the HALO universe to television, and we are thrilled to continue our partnership with SHOWTIME and to introduce our characters and epic worlds to the Paramount+ platform,” said Bonnie Ross, Corporate Vice President and Studio Head of 343 Industries. “Paramount+ has an ambitious vision for its future which makes it the perfect home for HALO and our breadth of fans.”

“All of us at Amblin feel so privileged to work on a property as epic and iconic as HALO. Our partnership with Bonnie, Kiki and Frank at 343, and David, Gary (Levine), Jana (Winograde) and their teams at SHOWTIME has been an incredible collaboration with impressive results thus far. The passion and enthusiasm of the Paramount+ team for our show is obvious, and they are not only a perfect streaming partner for HALO, but a group as dedicated as we are to preserving and furthering the legacy of this universe,” said Darryl Frank and Justin Falvey, co-Presidents Amblin Television.

Based on the iconic Xbox(R) franchise, Halo’s epic universe and cast of characters comes to life in this new original drama series. Halo reinvented how people think about video games and has grown into a global entertainment phenomenon, having sold more than 81 million copies worldwide. In the new television series adaptation, HALO will take place in the universe that first came to be in 2001, dramatizing an epic 26th-century conflict between humanity and an alien threat known as the Covenant. HALO will weave deeply drawn personal stories with action, adventure and a richly imagined vision of the future.

What do you think? Are you planning to check out the Halo TV series on the Paramount+ streaming service?