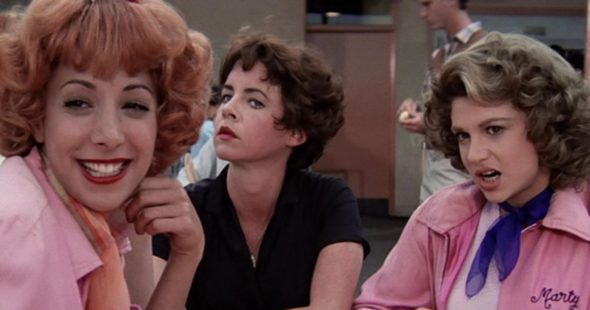 Are you hopelessly devoted to Grease? Variety reports the previously announced spin-off, Grease: Rydell High, has been renamed and moved from HBO Max to Paramount Plus.

Now titled Grease: Rise of the Pink Ladies, the prequel series “is an hour-long musical comedy about how the infamous Pink Ladies (comprised of Sandy, Rizzo, Jan, Marty, and Frenchy in the original movie) got their start and how the reverence, fear, and moral panic they sparked changed Rydell High forever.

Grease: Rise of the Pink Ladies comes from creator Annabel Oakes and was originally ordered to series by HBO Max. In August, Casey Bloys was promoted to Chief Content Officer for HBO and HBO Max and he decided not to move forward with the project. Now, the spin-off will debut on Paramount Plus, a soon-to-be retooled version of the current CBS All Access service.

What do you think? Are you a big fan of Grease? Will you watch the new TV show when it launches on Paramount Plus?