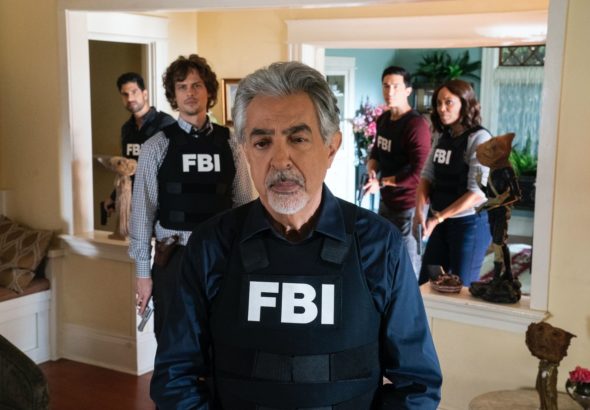 Paramount+ is getting the team back together for a big 10-episode case. The streaming service (which launches on March 4th) has officially revived the Criminal Minds TV series for a 16th season. The crime drama previously ran for 15 years on CBS, concluding in February 2020 after 324 episodes.

Criminal Minds follows the FBI’s elite Behavioral Analysis Unit (BAU) out of Quantico, Virginia. The BAU remains dedicated to understanding predators’ motives and triggers, in order to stop them before they strike again. The stories follow the team as they work on various cases while tackling their own personal struggles.

The season 15 cast includes Joe Mantegna, Paget Brewster, Matthew Gray Gubler, A.J. Cook, Aisha Tyler, Kirsten Vangsness, Adam Rodriguez, and Daniel Henney. It’s unclear at this point how many of these actors will be returning for the revival.

It’s conceivable that past cast members like Thomas Gibson and Shemar Moore (currently on SWAT) could return in some capacity for the revival. It’s also possible that Criminal Minds could become a regular series again on Paramount+. The show’s future will likely depend on how many people watch the revival.

In addition, the streaming service has also announced the launch of a new true-crime series, The Real Criminal Minds. The show will feature a former real FBI profiler and will examine real cases, and real criminal behavior, illustrated by clips that fans will remember from the fictional series.

There’s no word yet on premiere dates for either series.

What do you think? Do you like the Criminal Minds TV series? Do you plan to watch the revival on the Paramount+ streaming service? Are you interested in the new true-crime series?

Am dedicated… could watch as many series as you put out there. Feels like I’m part of the bau family and I miss them
Come back sooon please

BEST SHOW EVER! So glad it’s coming back with most of the cast! I read that Matthew Gray Gubler probably won’t return and if it’s that’s true Spencer will be greatly missed 🙁

So happy to hear about the revival !!!

I’m so excited,,I never miss this show is one of my favorites,, looking forward to seeing the show

Bring back Thomas Gibson and I’ll watch. Otherwise, no. He made the show!

I love the show and the people can’t wait to see more.

Nah it ran its course and i dont like streaming. The last 2 or 3 seasons were not that great anyway.

I love criminal minds thank you

After Shemar Moore and Thomas Gibson left – it did not seem the same – so i stopped watching for about 3 years. I have restarted watching now. I wish they would return.

I love criminal minds, but lost interest after Thomas Gibson was gone. I will only be watching if he is back.

I love criminal minds, want to see loads more of it

Criminal Minds is an excellent series. Well done! I look forward to many more seasons.

I really liked Criminal Minds and just found out about the reboot
I will definitely watch it!

me too where can i find it?