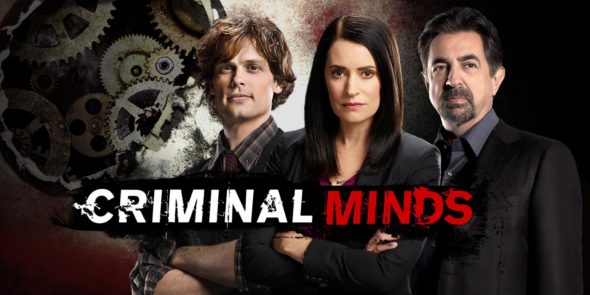 We don’t have to wonder if Criminal Minds will be cancelled or renewed for a 16th season. CBS has already announced that season 15 is the end. However, if the ratings for the final season are strong enough, might the execs be convinced to reunite the cast for a new case in the future? Stay tuned.

2/20 update: You can see the latest night’s ratings in context.

For comparisons: Season 14 of Criminal Minds on CBS averaged a 0.76 rating in the 18-49 demographic and 4.67 million viewers.

What do you think? Do you like the Criminal Minds TV series on CBS? Should it be ending or should it have been renewed for a 16th season?

Please renew CRIMINAL MINDS! It is one of the best series not only on CBS but on all the networks. I have faithfully watched this great show for many years.. I thought you were still making money with the show! Please bring it back. I will be watching CBS alot less unfortunately…perhaps with millions of other viewers staying away from CBS because of cancelled shows like this and Hawaii Five-O

Haven’t made a comment in awhile as depressed and losing interest since they are cancelling the show, it’s like what’s the use? Love all the characters but I think it went down in ratings by losing Hotch and probably Shemar Moore, those two always kicked ass and were so much part of the show! Didn’t even watch the last episode because knowing it was ending made me even more depressed!! Please renew the show and keep the fans HAPPY!!!!!

I’m so upset, my favorite show ever. Love the characters, they are like a part of my life, can’t wait until I get home from work to watch it. I keep it on all-day on Tuesdays, when they show back to back episodes. I miss it so much, Penelope makes my day but I love them all. Please bring it back

Please bring back Criminal Minds! Stories are great and the actors are phenomenal!

Bring back criminal minds for season 16 the show is a hit make 15 new episodes. Keep it going best show on tv period.

I was watching CM but satellite went out for both shows due to bad weather. I was very upset that I didn’t get to see the end of Date Night.

Best crime series ever on tv.
I cannot see why they should stop the series, the actors and storyline are filling each other and worth watching over and over.