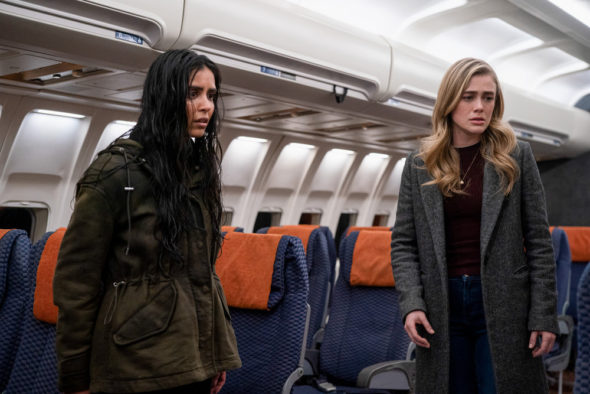 Manifest fans may still receive answers to all the burning questions left by the cancelled NBC TV show. Jeff Rake, the series creator, is still trying to find a way to wrap up the drama for the fans. He originally planned a six-season run for the sci-fi series, but Manifest was cancelled after three seasons on the network.

Fans have been outspoken about the NBC show’s cancellation, and there were talks with Netflix about potentially ordering a fourth season since the first two seasons have performed well on the service.

Rake shared the following on social media about his plans for the series:

Your support is awe-inspiring. We’re trying to find a way to conclude the series. Could take a week, a month, a year. But we’re not giving up. You deserve an end to the story.

Keep the conversation alive. If it works out, it’s because of YOU. 🙏⁰⁰#SaveManifest

What do you think? Do you want to see the rest of Manifest’s story in some form? Would a comic book or novel satisfy you or, would it have to be a filmed finale?

I loved Manifest and watched it every week. I hate that it is cancelled. At least give us an ending.

We need a series ending please bring back manifest!!

I love the show and really need it to have some type of conclusion…. i got my boss to start watching it last night and if he is as upset about how show is ended as me i might be looking for a new job

I want Manifest to come back Love it

A special AT LEAST!
Prefer a full season 4.

Keep the series til the end! What is NBC thinking?

A book is fine but a 3 hour special or mini-series would be perfect.