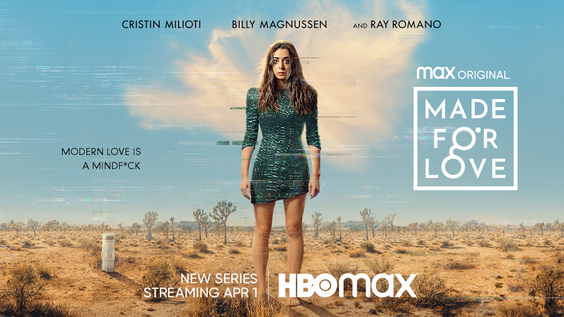 Can Hazel truly escape her husband in the first season of the Made for Love TV show on HBO Max? As we all know, the Nielsen ratings typically play a big role in determining whether a TV show like Made for Love is cancelled or renewed for season two. HBO Max and other streaming platforms, however, collect their own data. If you’ve been watching this TV series, we’d love to know how you feel about the first season episodes of Made for Love here. *Status Update Below.

An HBO Max dark and absurd comedy series, the Made for Love TV show is based on the novel of the same name by Alissa Nutting. The show stars Cristin Milioti, Billy Magnussen, Dan Bakkedahl, Noma Dumezweni, Augusto Aguilera, Caleb Foote and Ray Romano. This cynically poignant story of love and divorce follows Hazel Green (Milioti), a thirty-something woman who’s on the run after 10 years in a suffocating marriage to Byron Gogol (Magnussen), a controlling tech billionaire. She discovers that her husband has implanted a high-tech tracking device in her brain — the Made for Love chip. This chip allows him to track her, watch her, and know her “emotional data” as she tries to regain her independence.

What do you think? Which season one episodes of the Made for Love TV series do you rate as wonderful, terrible, or somewhere between? Do you think that Made for Love on HBO Max should be cancelled or renewed for a second season? Don’t forget to vote, and share your thoughts, below.