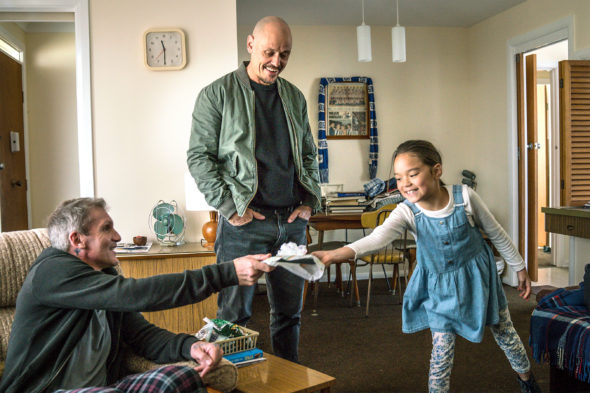 There’s no in between here. Variety reports FX has renewed Mr Inbetween for a second season.

Mr Inbetween wrapped its first season on October 9th to fairly low ratings. Over the course of six episodes, the FX series averaged a .17 rating in the 18-49 demo and only 477,000 viewers.

However, despite the low numbers, FX has decided to give Mr Inbetween a second shot.

What do you think? Have you seen Mr Inbetween? Will you watch season two?

A friend told me of the show mid-season and I had to find earlier episodes online to catch up. I like the originality of the plotline, the new faces, never knowing what the next scene will reveal, etc. I’m glad to hear it has been renewed and look forward to hearing when it will air.

This show took me by surprise…I think this show is so under-rated, in my opinion once a week is not nearly enough, daily episodes please! The characters are original and genuine. I’ve had some experience with some of the dark lifestyles portrayed and gotta say, the reality presented is 100% bang on ( pardon the pun ) Keep it up fellas! Cheers mate, off to get some dimmy’s!

Love this show!! Should be an hour long to better develop the story. Most of the characters are perfect for their part. Cannot wait to see the next episode.

Just saw the promotions on this show this year Aug/Sep 2019. So I started watching. I like it. Kinda mad I didn’t know about it before. Bad PR I guess.