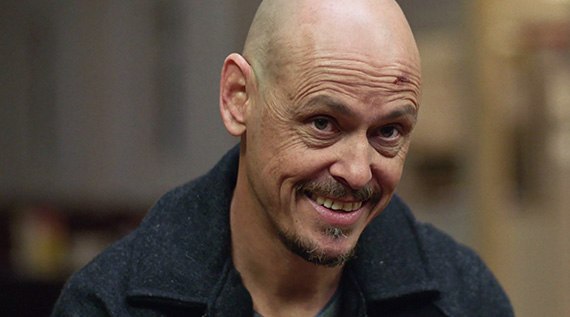 Does Ray’s FX show have a shot at survival? As we all know, the Nielsen ratings typically play a big role in determining whether a TV show like Mr Inbetween is cancelled or renewed for season two. Unfortunately, most of us do not live in Nielsen households. Because many viewers feel frustrated that their viewing habits and opinions aren’t considered, we’d like to offer you the chance to rate all the season one episodes of Mr Inbetween below.

An FX half-hour drama TV show, Mr Inbetween was created by its star, Scott Ryan. The series also stars Damon Herriman, Justin Rosniak, Brooke Satchwell, Jackson Tozer, Nicholas Cassim, Chika Yasumura, Edmund Lembke-Hogan, and Matt Nable. In the series, Ray Shoesmith (Ryan) struggles to juggle all of the roles that many adult men have in life — a father, ex-husband, boyfriend and best friend. His life is further complicated because Ray also happens to be a hitman-for-hire.

What do you think? Which season one episodes of Mr Inbetween TV series do you rate as wonderful, terrible, or somewhere between? Should FX cancel or renew Mr Inbetween for a second season? Don’t forget to vote, and share your thoughts, below.

10/10/18 update: Mr Inbetween has been renewed for a second season on FX. Details here.

Off the wall clever and Highly entertaining. Please don’t cancel.

Can’t wait for next season!

Do not cancel. Make it a one hour show and 10 episodes.

Also agree . It should be an hour. Great show. Please dont cancel.

Neat show. Good script and good pacing. I agree with the comment that suggested this be an hour rather than 30 mins. And yes, please renew…I want more of this story!

Mr InBetween is an excellent show. Hilariously funny. Great entertainment. Please DO NOT cancel. Thanks.

I’ve lived my life something like this without the killing. It’s a great show.

Speaking for the over sixty crowd, we love this series. Please do not cancel it without giving it a chance!

Mr inbetween should be an hour. Not only a half hour. And should not get cancelled. America needs more shows from other countries i love this show its action comedy and different kind of humor thats hilarious to me!

there are not very many shows worth watching anymore but mr inbetween is awesome! there definitely better be more seasons to come!!! its funny yet with dramatic content and real life stuff. Ray, of course, is a badass and that smile and sarcasm. then my next 2 faves is between freddie and gary….”merry facking christmas”…. looove this show

This show is awesome, we love this show, drama, funny we look forward to it, we record it and watch it later. Please don’t cancel, this is a great show.