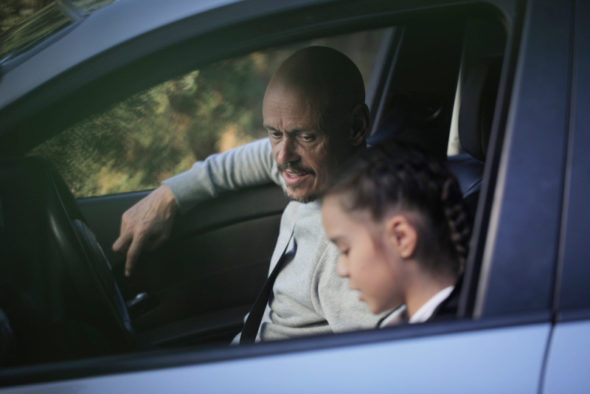 How long can Ray keep his worlds apart? Has the Mr Inbetween TV show been cancelled or renewed for a third season on FX? The television vulture is watching all the latest cancellation and renewal news, so this page is the place to track the status of Mr Inbetween season three. Bookmark it, or subscribe for the latest updates. Remember, the television vulture is watching your shows. Are you?

Airing on the FX cable channel, Mr Inbetween was created by its star, Scott Ryan. The series also stars Damon Herriman, Justin Rosniak, Brooke Satchwell, Jackson Tozer, Nicholas Cassim, Chika Yasumura, Edmund Lembke-Hogan, and Matt Nable. In the series, Ray Shoesmith (Ryan) has many roles — as a father, an ex-husband, a boyfriend, caretaker to a sick brother, and a best friend. His life is further complicated because Ray also happens to be a criminal-for-hire. In season two, Ray’s work and personal life collide and he struggles to keep both of them from imploding.

The second season of Mr Inbetween averaged a 0.12 rating in the 18-49 demographic and 409,000 viewers. Compared to the first season, that’s down by 28% in the demo and down by 14% in viewership. Find out how Mr Inbetween stacks up against the other FX TV shows.

Will FX cancel or renew Mr Inbetween for a third season? The series was commissioned for FX Australia as its first original drama production but that channel closed before the series could air. FX renewed the series anyway, despite low ratings. My suspicion is that it’s fairly cheap to produce and they’ve also been making six to eight episodes a season. It could go either way but I’m leaning toward a renewal. I’ll update this page with breaking developments. Subscribe for free Mr Inbetween cancellation or renewal alerts.

What do you think? Are you glad that the Mr Inbetween TV show has been renewed for a third season? Are you sorry that there won’t be a fourth year?

Just finished season 3 of Mr. Inbetween. Was pleasantly surprised by the series. Now I find that it’s been canceled! Seems everytime I find something worth watching, it doesn’t last…Very disappointed!!!

I loved the series, in fact I’m watching a rerun right now which is what prompted me to find out what’s happening in regards to this excellent show.

This show is great . one gut like this in every neighborhood would make the world a better place

it is one of the best on tv